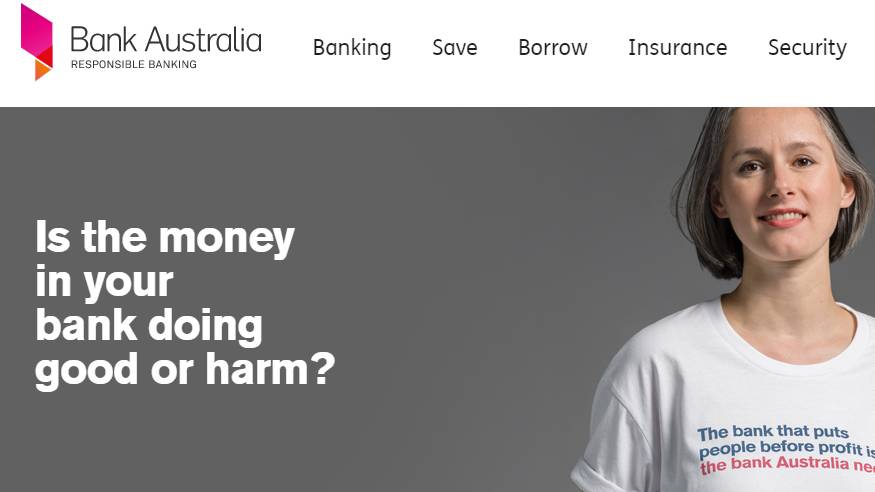 THE consumer watchdog has been called on to investigate a financial institution that is refusing services to red meat and livestock businesses in an attempt to differentiate.

The bank promotes its practices with the catchcry: "By choosing to bank with us, you will have peace of mind knowing your money won't be supporting the growth of harmful industries."

It's policy is widely advertised and applauded by anti-meat activists Animals Australia.

Beef and sheep meat industry leaders allege the secondary boycott provisions of the Competition and Consumer Act 2010 may have been breached by Animals Australia acting in concert with the bank to refuse financial services to Australian red meat and livestock businesses.

Overarching representative body The Red Meat Advisory Council has written to the Australian Competition and Consumer Commission asking for an investigation.

It says the restrictive trade practice amounts to a secondary boycott of law-abiding Australian red meat and livestock businesses.

"Bank Australia's policy to refuse financial services to law-abiding businesses for non-environmental or consumer protection reasons is a targeted attack against our nation's 434,000 red meat and livestock workers," RMAC chair John McKillop wrote in a letter to the ACCC.

"The close relationship between Animals Australia and Bank Australia through cross-promotion in paid advertorial content and digital media indicates the potential for both parties to be acting in concert to implement restrictive trade practices against the red meat and livestock supply chain.

"Animals Australia has a demonstrated track record of publicly advocating for boycotts against livestock industries."

Bank Australia, which started in 1957 as the CSIRO Co-operative Credit Society and has since joined with 72 credit unions and co-operatives to become Australia's first customer-owned bank, also refuses to loan to fossil fuel companies, the arms industry, tobacco and gambling businesses.

It's name changed to Bank Australia in 2015 and it now has 14 branches across Australia.

The bank said it recognised the critical role agriculture and farmers played in producing food and other goods that sustain the community and help drive the economy.

"This is reflected in the many and diverse businesses and individuals we lend to across Australia, including in the agricultural sector and across regional areas," a spokesperson from the bank said.

The decision not to lend to businesses that employ intensive animal farming systems was based on a significant amount of research and engagement with stakeholders across the sector including animal welfare advocates and agricultural industry representatives, the spokesperson said.

"And, as a customer-owned bank, we're guided by the views of our customers who have helped shape our approach to responsible banking," the spokesperson said.

"Many of them have told us that they don't want their money being used to support practices that cause harm and distress to animals."

RMAC argues that as a government regulated authorised deposit-taking institution, Bank Australia has a responsibility to the Australians employed throughout the red meat and livestock supply chain.

"Our industry's 77,000 law-abiding businesses are the economic backbone of regional Australia, and they should not have to suffer unlawful restrictive trade practices," Mr McKillop said.

The red meat industry is fighting back against financial institutions that bow to loud-but-misleading animal activists.

RMAC has also called on the Federal Government to consider ceasing commercial dealings with providers who don't support law-abiding businesses.