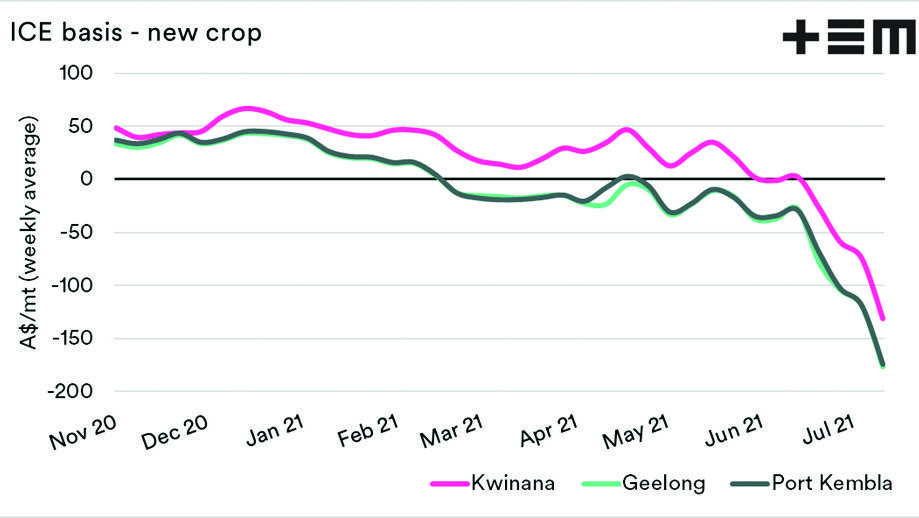 The ICE Canadian canola futures hit A$1017 per metric tonne for the coming harvest.

CANOLA is heading into the stratosphere at the moment.

I keep a close eye on overseas futures, and last week, when I checked the Intercontinental Exchange (ICE) futures, I had to triple check what I was looking at - I didn't believe it.

The ICE Canadian canola futures hit A$1017 per metric tonne for the coming harvest.

It has since lost some value dropping back to A$984/mt (still very high).

Let's look into why this is happening.

The majority (more than 50 per cent) of Canadian canola is produced in Saskatchewan, so we will focus on this region for this report.

This season has been abysmal in Saskatchewan.

During June and July, the average maximum temperature has been higher than typically expected.

The rainfall has also been below average in recent months.

During June 42 millimetres fell, versus a long term average of 70mm.

So far, during July 16mm has fallen, versus a long term average of 59mm.

So it's dry and hot.

I ain't no agronomist, but I'm pretty sure that these conditions are not conducive to big yields. 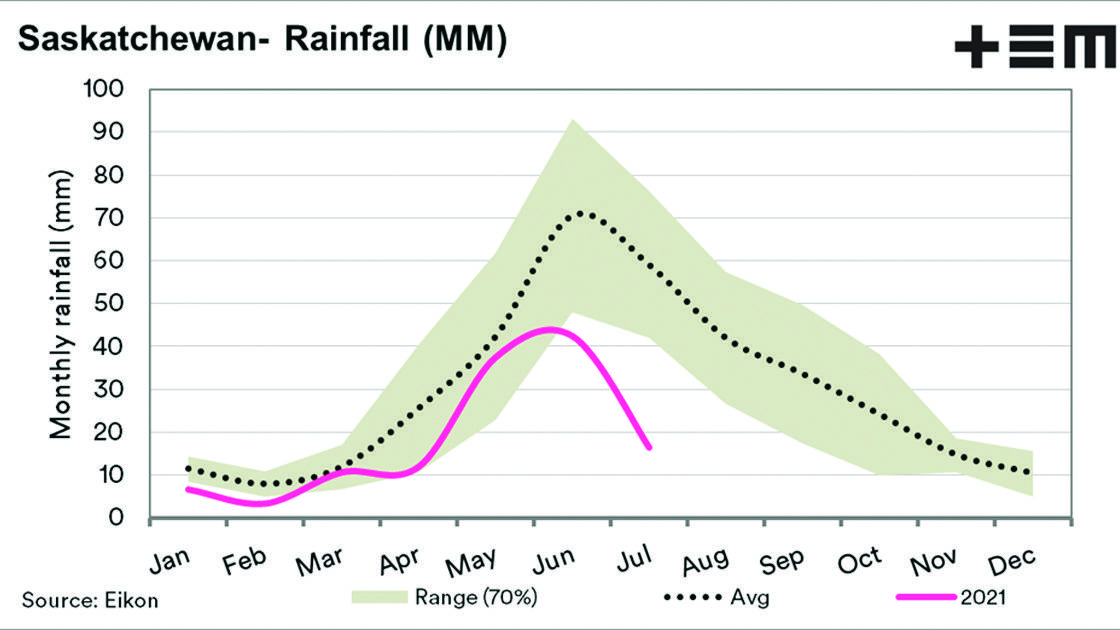 Saskatchewan produces more than 50pc of Canadian canola and is having a severe drought pushing prices higher.

So what's the impact?

Canada is the world's largest exporter of canola.

On average, it has been responsible for 64pc of global export trade in canola.

A major issue in Canada will start to move demand to other nations; in fact, this year, I wouldn't be surprised to see Australian exports to Canada if some of the forecasts ring true.

Last year was a poor crop, and some of our contacts are talking about a 16.5mmt canola crop.

While this is on the bottom range of expectations, it doesn't leave much over for exports when Canada has had an average domestic consumption of 10.1mmt in recent times.

The end stocks in Canada as we start this season are low at 1.1mmt but will come out of new crop even lower.

So why hasn't the price locally increased as much?

The ICE contract is a Canadian based contract, and therefore the local conditions are driving the price.

Our basis (premium/discount) over ICE futures is at extremely low levels.

This is to be expected and is reflective of a Canadian drought premium.

This is similar to the ASX during the recent drought; Australian pricing rose to a high level against the rest of the world.

A distinguished fellow in the grain industry made a good point - "The ICE price is available if you move your farm to Canada and half your yields."

However, there is a flow-on effect to our pricing levels.

As mentioned earlier, 60pc of the world's canola exports are at risk at a time when Australia is expecting decent volumes.