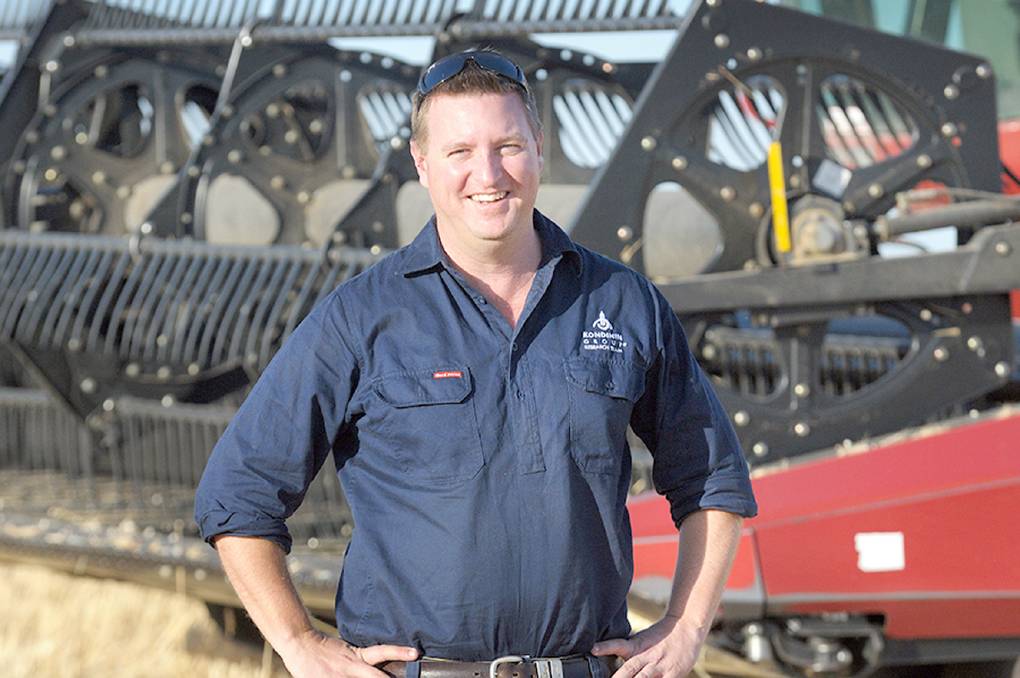 The WeedSmart Week machinery display is set for August 18 and will be hosted by the Kondinin Group's Ben White.

GROWERS, agronomists and researchers are set to gather in Esperance next month for WeedSmart Week.

The three-day program starts with a forum day at the Esperance Civic Centre on Tuesday, August 17, with the next two days consisting of farm visits in the Esperance region to see how forward-thinking growers are implementing the WeedSmart Big 6 tactics to minimise the impact of herbicide resistance on their businesses.

One of the most anticipated sessions at the forum is with Farm and General agronomist Greg Warren who will be sharing his thoughts on the control of weeds like summer-germinating ryegrass, marshmallow, fleabane and portulaca.

"The growers around Esperance are tackling glyphosate resistance in annual ryegrass, along with brome and barley grass and other emerging weeds using a range of integrated control tactics," Mr Warren said.

"The double knock plays a key role in preserving glyphosate, and soil moisture, and providing a clean seed bed for planting crops."

Other sessions will be on soil amelioration, crop competition, what's next in spray technology and stacking the BIG 6 in farming systems.

One of the farmers who will open up their farm for a visit is Adrian Perks who farms at Condingup, 70 km north east of Esperance.

This diverse rotation allows him to mix and rotate both chemical and non-chemical weed control tactics," he said.

More than half of Mr Perk's farm is sandplain, on which he has implemented a soil amelioration program to address non-wetting (soils) to increase the competitiveness of his crops.

He currently uses chaff decks for harvest weed seed control and is introducing an impact mill this season.

Mr Perk monitors the tramtracks for weed growth and if he feels the weed pressure is too high, he uses a shielded sprayer to reduce seed set.

Another farm hosting a visit is Warrakirri's 12,800ha cropping operation at Condingup.

Farm manager Con Murphy has implemented a variety of tactics to combat their main weeds - annual ryegrass and wild radish.

Since 2015 the farm has undergone an intensive soil amelioration program to improve the drainage and ameliorate the sandy soils across the farm.

"The benefits have been seen in better germination and establishment that sets their cereal, pulse and canola crops up to compete strongly with weeds," Mr Murphy said.

"There is also a benefit at the end of the season where rain in August or September enters the soil profile without causing waterlogging, and providing a better finish for their crops.

"Since 2016-17 about 80 per cent of the farm has been ripped and a portion has been ripped two or three times because the sandy soils tend to slump after substantial rainfall events, recreating the hardpan."

Mr Murphy will be showing the WeedSmart tour group how their ripping, drainage, liming and spading program has helped grow more crop and less weeds.

The WeedSmart Week machinery display is set for Wednesday, August 18 at Dave Campbell's shed near Esperance, with the harvest weed seed control discussion to take place then.