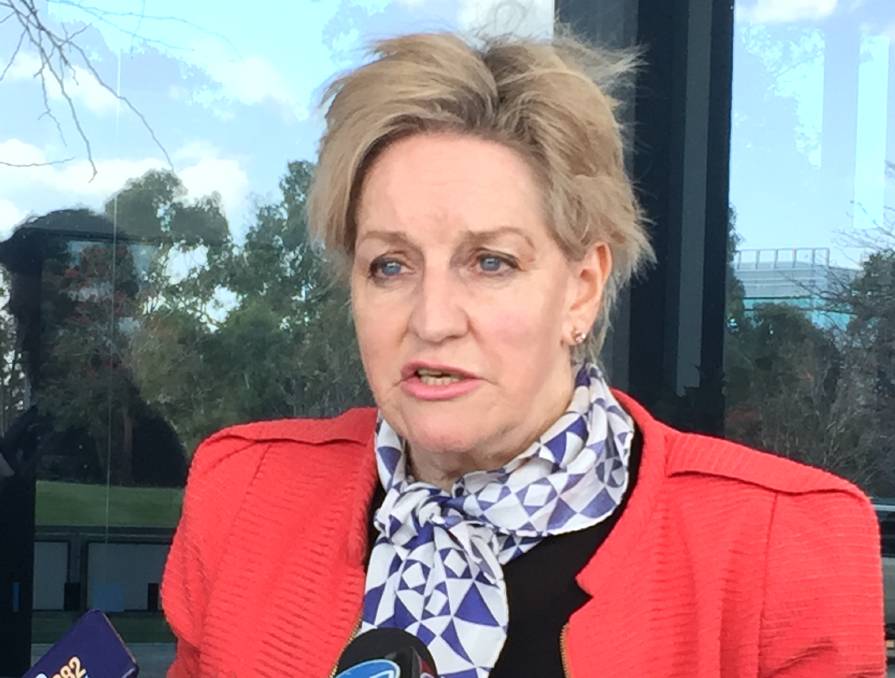 Agriculture and Food Minister Alannah MacTiernan said the State government had contributed $44,000 to the cost of developing a plan for the local dairy industry and was providing a DPIRD officer to assist.

"I know that this is an industry where often there has been a focus on the past and revisiting the deregulation debate, but I think we do need to move on," Agriculture and Food Minister Alannah MacTiernan said.

WESTERN Australia's dairy industry needs to focus on the future and not dwell on the past, Agriculture and Food Minister Alannah MacTiernan told farmers as she opened the recent WAFarmers' Dairy Conference 2021.

"I know that this is an industry where often there has been a focus on the past and revisiting the deregulation debate, but I think we do need to move on," Ms MacTiernan said.

"I do absolutely understand the point about supermarkets and their purchasing power and the challenge that presents.

"There are no easy answers to that and certainly we don't have a compelling data set at this particular time that would enable us to demand something like a minimum wholesale price from retailers."

Ms MacTiernan acknowledged the work dairy council president Ian Noakes and former president Mike Partridge have done with Department of Primary Industries and Regional Development (DPIRD) officers in trying to "engage" the industry in discussions on its future.

"A very positive thing to come from developing a dairy plan is getting the processors in the same room (with farmers)," she said.

"I like to think that the processors aren't the enemy of the dairy farmers, that you have a destiny that is tied together and we do have to move beyond the history to make sure we have a very constructive relationship for the mutual benefit of both the farmers and the processors.

"You've got a way to go to that next step to get the retailers in the room and as engaged (as dairy farmers and milk processors), but I think we're certainly on the right path."

Ms MacTiernan said the State government had contributed $44,000 to the cost of developing a plan for the local dairy industry and was providing a DPIRD officer to assist.

It had also contributed $40,000 to run workshops for dairy farmers who had not done Dairy Australia's Our farm, Our Plan workshops and provided a further $100,000 to Dairy Australia to engage a consultant to work one-on-one with farmers and guide them through farming systems change and human resources efficiency, she said.

As well, the minister said the government's water portfolio was providing $400,000 over the next four years so farmers could engage consultants to carry out onfarm effluent reviews with the aim of having all farms comply with Western Dairy's Dairy Farm Effluent Code of Practice.

So far, 31 farms put in new effluent systems that comply with the code.

Ms MacTiernan said the dairy industry, like other livestock industries, needed to address emissions and carbon footprint through mitigating activities like land restoration and soil carbon deposition, to ensure its future sustainability and to counter "food evangelism" promoting plant protein.

"There is active campaigning going on encouraging people to move away from dairy products and from all animal products," she said.

"That is potentially an existential threat to the industry.

"It's a threat we think it's really important to counter because all of the work that we have been doing points to the fact that we will not have a sustainable food production system without animals in that system," Ms MacTiernan said.

Another speaker at the conference, Tasmanian dairy farmer Richard Gardner, told the conference about trial feeding Asparagopsis Armata seaweed to half of his dairy herd to try to cut methane emissions.

Processed seaweed, which was mixed with canola oil and sprayed on commercial dry feed, had no impact on milk quality, Mr Gardner said, but he was unable to say if it cut the number of cow burps.