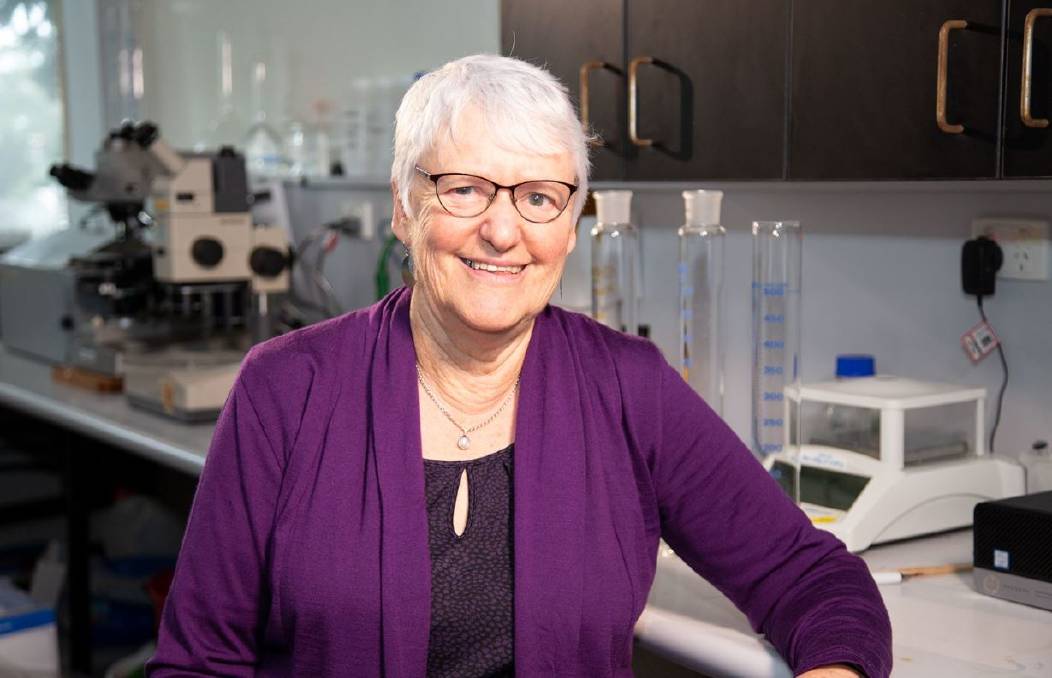 UWA Emeritus Professor Lynette Abbott was presented with the inaugural General Jeffery Soil Health Award in recognition of her work to champion, improve and educate others in soil health.

The award was presented to emeritus professor Lynette Abbott in recognition of her work to champion, improve and educate others in soil health.

A LEADING academic and science communicator from Western Australia has been recognised for her decades of dedication to the fields of soil science and soil biology, having been named the worthy recipient of the inaugural General Jeffery Soil Health Award.

The award was named in honour of Australia's first national soils advocate, Major General Michael Jeffery and presented to emeritus professor Lynette Abbott in recognition of her work to champion, improve and educate others in soil health.

"It's a great honour and it's not just an ordinary award," Dr Abbott said.

"General Jeffery pioneered this space of advocacy for soil, it was quite exceptional what it did and he was able to take the message to places that soil scientists really weren't able to do.

"There has been no award like this before - he passed away at the end of last year and then this award was introduced, so to be the first to receive it is very special."

"She is a most deserving recipient of this new award," Ms Wensley said.

"It is a great pleasure for me to be able to acknowledge her contribution and to support her continued work through this $20,000 award.

"General Jeffery was a tireless champion of soil health - I am sure all who knew and worked with him will be delighted to see his legacy honoured and maintained in this way."

Dr Abbott's journey in soil health started in an unexpected way - with an honours degree in botany at The University of Sydney.

It was there that she had a lecturer in mycology and fungi, Peter Valder, whom she found to be a great communicator, which inspired her to undertake a PhD on soil fungi at Monash University.

It was in 1974 that Dr Abbott moved to Perth and started work at The University of Western Australia (UWA), with her celebrated career in soil biology truly kick-starting from then.

"When I first moved to WA I was lucky to get funding from the Australian Wool Corporation, which is now known as Australian Wool Innovation, to do a post doctoral fellowship at UWA on mycorrhizal fungi in pastures and that was the beginning of everything for me," she said.

"Back in those days there was a lot more rotation of pastures with crops --that has disappeared a bit over time, but pastures in a farming system are very important for restoring and maintaining healthy soils."

"It all started with plants, which grow in soil and when they're in there they meet other organisms, particularly these symbiotic fungi that I worked on," she said.

"That then leads to what other organisms there are in soil and how the whole system works together.

"At the end of all of that, I discovered that we don't make the most of all of this and wondered how we fit this into agricultural systems so we can get the most out of this biological base."

Her research has addressed fungal interactions with plants and implications for fertiliser management and soil amendments, plus she is currently consolidating soil health knowledge through a project in the Australian Government Smart Farms program.

"There was a point in my career where I was sitting in an environment of soil science where there was so much understanding about fertiliser applications, agronomy and so on, but very little was known about how biology fit into that," Dr Abbott said.

"Biology interacts with both chemistry and physics in soil, so when you get that right you get a more integrated system, but we didn't know what the instructions were that would lead to best management practices for the organisms in the soil in order to get the best out of them."

Dr Abbott has also shared her extensive knowledge with students and by establishing the innovative 'Know your Soil Biology' workshops for farmers, she is providing hands-on activities demonstrating the benefits of soil biota for soil health.

"I used to take a bunch of microscopes in the car to all parts of the South West, talk to 10 farmers at a time and spend a whole day looking at soil biological fertility," she said.

"I learnt a lot from them - they're the ones that have to manage the land, so it made me think about how they can use the information."

Dr Abbott said her greatest advice for the next generation of soil scientists was to never lose sight of your passion.

"Do not avoid investigation of areas that are not mainstream if you are passionate about them," she said.

"The more challenging the questions, the greater reward in the longer term."

Currently Dr Abbott is working on a soil health app, as well as a book which would act as a soil biology 101 guide.