Speaker Amelia Nolan (left) and Chantelle Kerwin, both from The Livestock Collective.

The first of eight updates on the live export was held

THE first of eight updates on supplying sheep for domestic and export markets for producers, agents and transporters was held in West Perth on August 9.

Producer, agent and transporter responsibilities and the impacts on the supply chain, compliance and animal welfare requirements, as well as biosecurity and surveillance responsibilities were key topics discussed, along with the sustainability of the live animal export trade, trade opportunities and updates from The Livestock Collective.

In the afternoon one of the directors of the Australian Livestock Exporters Council, John Edwards provided an overview on the industry, including why we have it, and the belief systems of countries involved, particularly the Middle East.

He went on to discuss Australia's ability to supply those markets and identified some key events over the past few years that have impacted Australia's flock. 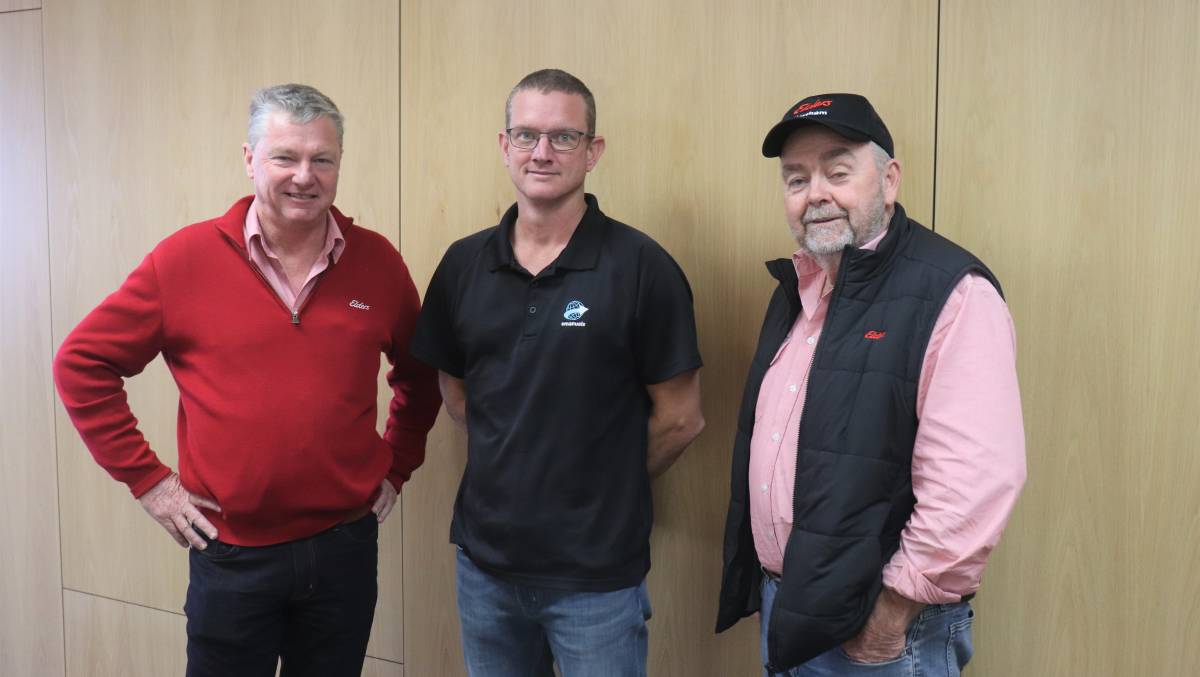 Poor seasonal conditions and a lack of onfarm water meant WA farmers had to offload stock, and with strong demand from the east, prices reached an all-time high.

"During this time nearly three million sheep in two years were sent to the east," Mr Edwards said.

"The 2021 season looks positive but with WA farmers looking to rebuild numbers there is likely to be higher retention of sheep, which means there could be less sheep available for export."

Mr Edwards highlighted some of the market trends, opportunities and some of the challenges facing the industry in Australia. "The rise in sheep prices, competition from other countries, sheep availability, shipping capacity and foreign exchange rates are all factors influencing the industry going forward," he said.

On a positive note Mr Edwards said that international markets were still demanding Australian sheep as the meat quality of our sheep is highly regarded in the Middle East and Australia still had the numbers to supply them.

"We have been a long-time supplier of the Middle East and WA remains in a strong position to continue to supply those overseas markets," he said.

Mr Edwards also touched on the industry's understanding of the importance of animal welfare in allowing the continuation of Australian sheep to be live exported.

"This is a business that strives to operate ethically and sustainably by building on better animal welfare practises, but at the same time must also be economically viable for all participants to ensure the industry remains viable for years to come," he said.

Veterinarian Holly Ludeman, Emanuel Exports, provided an overview of the live export supply chain, brief regulatory framework and acknowledged some of the improvements that could be made along the supply chain by producers, livestock agents and transporters.

She also took the time to celebrate some of the industry's successes.

Ms Ludeman spoke about the responsibility and accountability of people in the supply chain to inspect the sheep and make sure they were in a healthy condition to be transported and exported.

She also spoke about regulations and requirements such as quarantine periods and shearing measures that have to be met for animals to be exported.

"The sheep and cattle are managed from the farm all the way to slaughter and detailed records from vets and industry supply chain are being kept on each animal," she said.

Ms Ludeman said that they have seen positive feedback as a result of increased animal welfare standards in the past few years.

"We have received good reports from the vets and industry figures on our feedlot and RETWA (Rural Export and Trading WA) facilities," she said,

"With the new stocking densities, all of the animals have plenty of space to sit down and they have access to plenty of feed and water.

Rounding out the event, Amelia Nolan spoke about The Livestock Collective, including the vision which is for everyone to have a shared understanding of and connection to agriculture.

"We have identified the problem as there being a void of information, so we are sharing information from all over the live export supply chain.

"We have gained a lot of followers from doing it, so we know we are reaching the public."

The livestock leaders program aims to give people the confidence to talk about the industry.

Ms Nolan said they were measuring the effectiveness of their efforts by the increase in positive responses and the decrease in negative commentary.

"We are getting positive results, but there is still a long way to go," she said.

Similar industry updates have been held at Kojonup, Pingelly, Kellerberrin and Moora, with upcoming events planned for Geraldton, Esperance and Lake Grace.