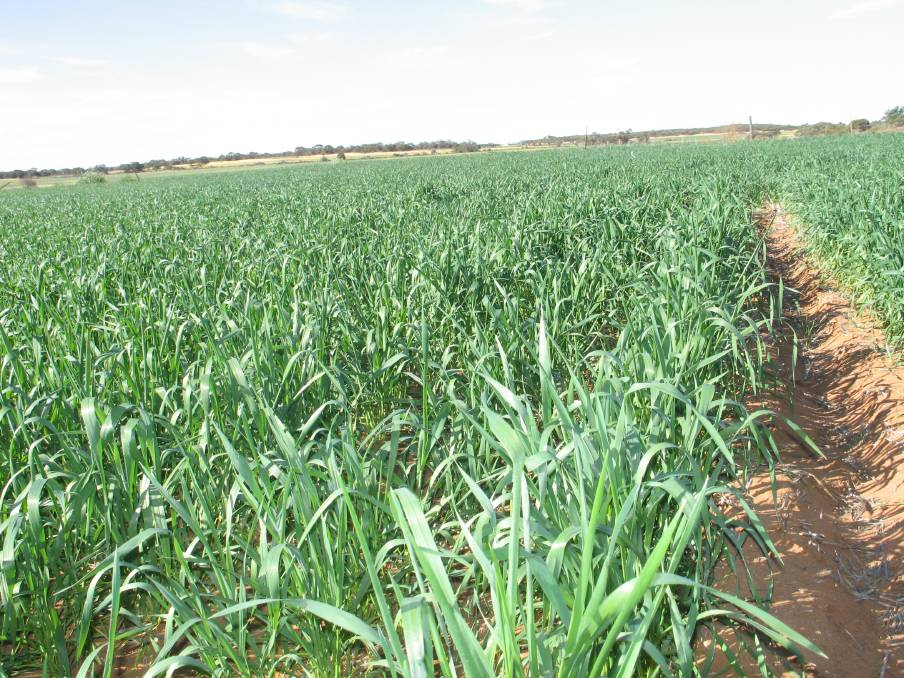 US takes a knife to wheat production estimates in many key exporting nations.

The global wheat market was thrown on its head last week in the wake of the latest World Agricultural Supply and Demand Estimates (WASDE) report from the US Department of Agriculture (USDA).

It binned the "measured" approach and took the knife to wheat production estimates in many of the world's key exporting nations.

The trade has become accustomed to surprises from the USDA.

But this has been more for its delayed reaction to production signals across the globe.

That can't be said with this month's WASDE report, and global markets reacted accordingly.

The Chicago Board of Trade (CBOT) December 2021 wheat contract settled US$3.58 per tonne higher on Friday to finish the week at US$284.58/t.

That was its highest close on a continuous chart of the most traded CBOT wheat contract since February 2013.

The Paris-based Euronext December wheat futures set fresh contract highs on Thursday of last week after the release of the WASDE report - and again on Friday - as the trade continued to digest the huge expected reduction in global wheat production.

The benchmark December contract closed the week at 254.25/t Euro.

Unsurprisingly, Black Sea export values have been on fire.

Russian wheat with 12.5pc protein closed the first week of the month at about US$270/t free on board (FOB) for September shipment.

Last Friday, the same wheat was quoted at about US$295/t FOB.

The 11.5pc protein category offered at a US$10/t discount, and feed wheat was another US$10/t lower.

Many exporters, traders and domestic consumers entered the harvest period on the short side.

But the dramatic drop in the production outlook has spawned a mad scramble for cover.

According to the USDA, the month-on-month global wheat outlook for 2021-22 is for reduced supplies, lower consumption, less trade and smaller ending stocks.

A month ago, analysts were talking up the Russian crop, with estimates of 85 million tonnes and higher commonplace.

But a month is a long time in grain markets, and last week the USDA reacted to news of disappointing early harvest yields and a lower than expected planted area by cutting 12.5 million tonnes - or 14.7pc - out of projected output.

This pegged the Russian wheat crop at 72.5 million tonnes, which was a figure that even the most pessimistic would have thought unlikely.

All of the production decline was in the winter wheat crop.

The USDA actually added 1 million tonnes to its spring wheat production estimate, taking this to 22 million tonnes - despite the dry start to the crop cycle.

Winter wheat production was reduced by 13.5 million tonnes and the average yield was forecast to be 3.32 tonnes per hectare, compared to 3.77t/ha in 2021.

The area planted to winter wheat was cut by 900,000ha to 15.2 million hectares, compared to July estimates.

The plight of the Canadian farmer has been well documented in recent months, with the drought across the Prairies the worst in living memory for most.

The production drop there was therefore totally expected, with its wheat crop now forecast to be the lowest since the 2010 harvest.

But further cuts are anticipated as the early harvest ramps-up, and the weather outlook remains dry for the later crops.

The Argentinian figure remained unchanged at 20.5 million tonnes. But issues are emerging in that part of the world.

India remains on track for a record crop of 108 million tonnes.

In the European Union, it is not so much production, but quality that is the primary concern.

Heavy and persistent rains have slowed harvesting in France and other EU countries, leading to a much lower proportion of the crop meeting the milling wheat criteria.

The main issue is test weight.

Only 35pc of the French harvest has made the 76 kilograms per hectolitre minimum to date.

The Hagberg falling number results are satisfactory for now, but that could easily change if the rain continues to disrupt the harvest.

With lower global production comes the need to ration demand.

But that will not be easy, especially with the potential corn supply issues as US production declines.

The global wheat consumer has been on a just-in-time diet all year, thinking that worldwide output was increasing and ending stocks were building.

That has all changed in a very short space of time.

And, despite some minor downward demand revisions, 2021-22 ending stocks are also forecast to contract by almost 10 million tonnes.

How will the global consumer react?

Will there be a rush to secure supplies, or even build buffer stocks to ensure domestic supply and maintain social stability in some countries?

A string of passes on global tenders last week suggests that many still have their head in the sand concerning global wheat production.