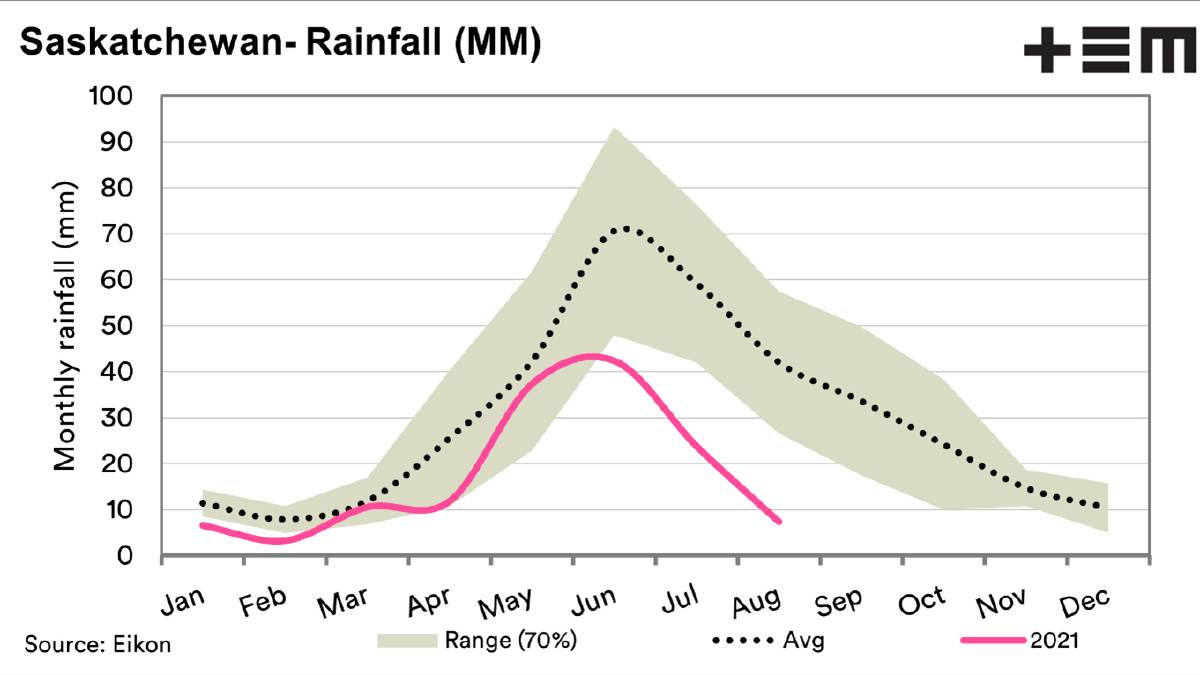 A crippling cropping crisis in Canada has benefits for Australian farmers

IN Australia, we are unfortunately used to drought and know how to plan for it.

In Canada, they have had a really good run of seasons, and this one has come as a bit of a shock for them.

Saskatchewan is the most important province in terms of grain production in Canada.

This region, among others, has suffered through a lack of moisture this season and high temperatures. 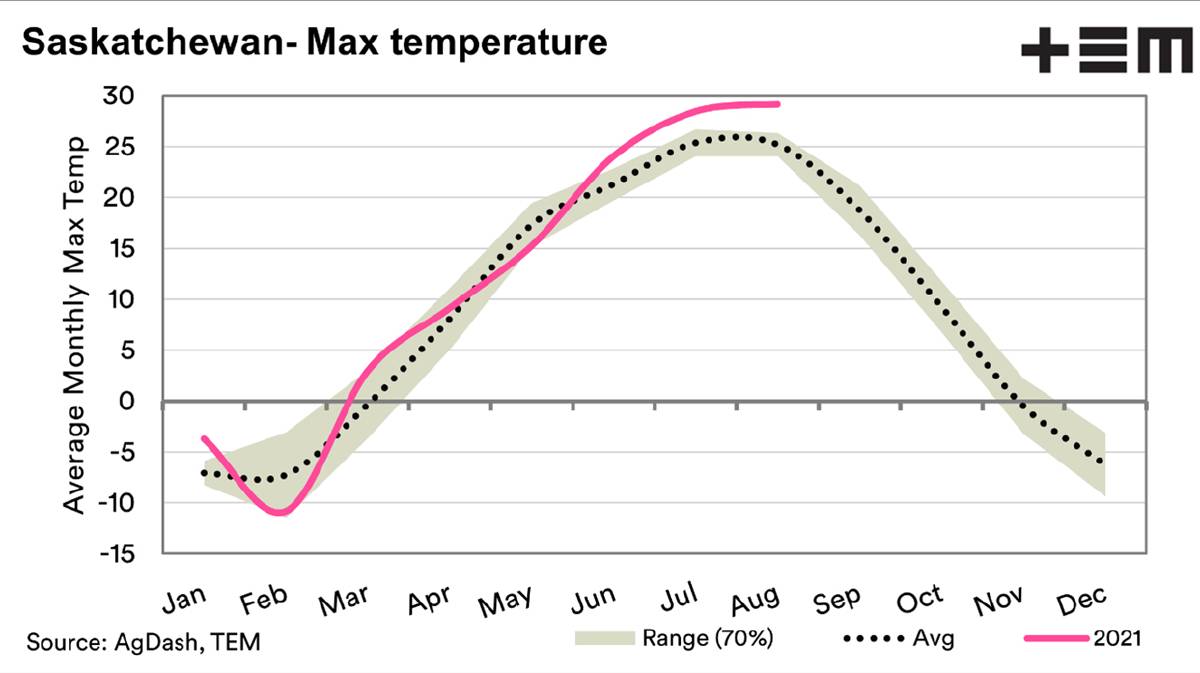 The max temperatures have been significantly higher than usual.

I'm a market analyst, not an agronomist, however, I am still pretty confident that high temperatures and lack of rainfall are a poor omen for a crop.

The two charts above show the max temperature and moisture for this year against the normal range.

The Saskatchewan government provides insights into the crop condition around the province.

A series of reporters around the region provide their estimate of how much of the crop is rated as a per cent of poor through to excellent.

In this analysis, we have focused on the provincial region as it is representative of the growing region.

We tend to focus on the combined good/excellent condition.

A poor crop often gets poorer.

The change has been dramatic between mid-June and the end of July with a significant deterioration in crop ratings. 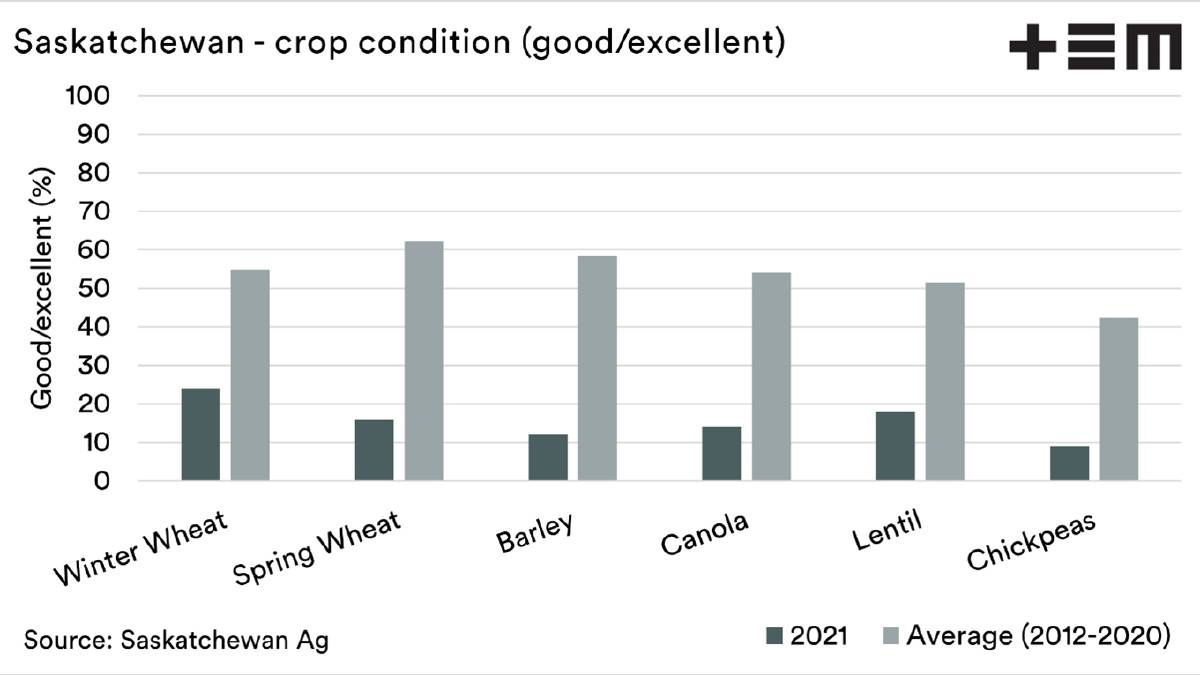 It is quite clear that the region is well below the average since 2012 across all commodities.

Other than chickpeas, on average, since 2012, the crop has been above 50pc good/excellent, so they have had it quite good, in comparison to Australia.

Canada is a major producer and exporter of crops.

Therefore a drop in production will have beneficial impacts upon pricing.

This is especially the case in some commodities in which they have a large market share, and we actively compete.

Two of the more important markets are canola and pulses.

Canada is the world's biggest canola exporter, at more than 60pc of global trade and Australia in second place at 17pc.

The deterioration in Canada has resulted in higher futures levels, which has helped our pricing levels.

Lentil pricing has also improved, which is largely a result of the removal of the Indian import tariff.

The loss of a large volume of production in Canada could be the impetus for the next jump in lentils.

All in all, it is sad to see farmers in Canada struggling through a drought.

However with that being said, it does provide some potential pricing benefits for Australian producers.