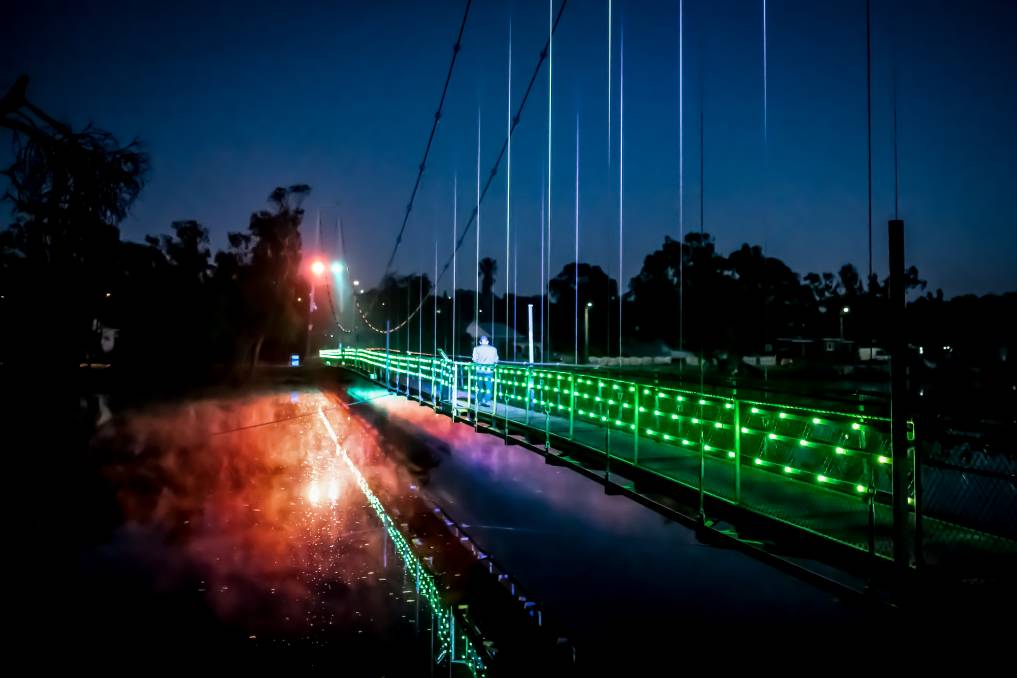 More than 1200 lights have been installed on the suspension bridge in the centre of Northam.

The lights were officially launched at the Northam Bilya Festival on August 13, which celebrated the start of the annual Avon Descent.

THE longest pedestrian suspension bridge in Australia that spans the Avon River in Northam has received a spectacular upgrade as part of an activation project.

Thanks to RAC's Reconnect WA campaign, the Shire of Northam was able to breathe new life into the treasured suspension bridge with the installation of more than 1200 lights that can be programmed with interactive sequences.

The lights were officially launched at the Northam Bilya Festival on August 13, which celebrated the start of the annual Avon Descent.

After the lights were turned on the community was invited to throw a handful of sand into the river from the bridge - symbolising the showing of respect to the Waugal.

Also as part of the project the gardens around the Bilya Koort Boodja Centre were activated with art installations, including a Nyoongar sand painting and bush food plantings that provided a backdrop for Aboriginal performances.

The suspension bridge lights can be viewed at dawn and evenings daily with the programming and colours changing with the six traditional seasons and significant dates.

The cultural stories can be read on the bridge at any time.

"We are very excited to partner with the Shire of Northam through our Reconnect WA initiative to transform the Avon River crossing into a meaningful and cultural community experience," Mr Walker said.

"The Northam Suspension Bridge Precinct Activation Project will not only bring more colour and vibrancy to the local area, but the 1200 lights installed along the suspension bridge will make it safer for locals and visitors to cross.

"This project is a great example of trialling new and innovative ways to use our public spaces, and we hope this will help lay the foundations for longer-term changes which support sustainable and connected communities."