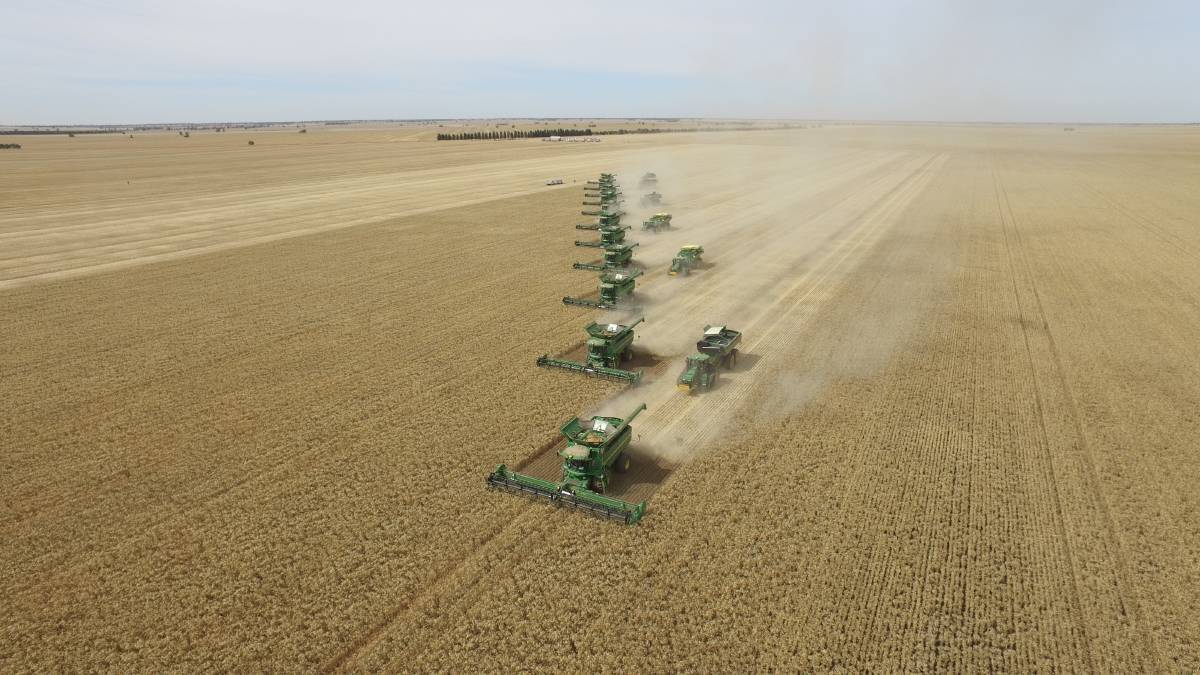 Foreign investment in Australian farmland is politically sensitive but both the peak farmer lobby body and agricultural brains trust say we need more of it.

"Australia has become a land of modern-day serfs working for the foreign landlord," he said.

Over the last five years, Australian farmland owned or leased by foreigners has actually flatlined at about 52 million hectares, making up 13.8 per cent of the total in June 2020.

Still, it contributes a big chunk of the $8.7 billion of net capital AgriFutures calculates is needed each year for the next decade to hit the National Farmers Federation's $100b farmgate production target.

The difference between that $8.7b and the $1.2b average of the last 30 years meant foreign investment needed to grow, NFF chief economist Ash Salardini said.

"The Australian financial sector isn't going to stump up the billions to get to that 2030 target, so that's where foreign investment comes into play to capture that shortfall between what we can do domestically, and get to what we need," he said.

There are two local investment sources: debt lent to family farms, and equity from corporates and institutions like superannuation funds.

In 2018, peak body Industry Superannuation Australia said its member funds had about $1.6b in agriculture-related assets, a mere 0.2pc of money under management.

"Typically, for-profit superannuation funds do not invest in Australian agriculture," it wrote.

He said that, aside from the need for local super funds to maintain high liquidity and compete on a quarterly "league table" to retain members, there was a more fundamental problem.

"The bottom line is they don't understand the asset class," Dr Anthony said.

"There are dollar bills left on the sidewalk they could just pick up and put in their pockets," Dr Anthony said.

"Quite frankly, they're letting the Canadians cut our lunch for us."

The Foreign Investment Review Board reported $8.3b investments in agricultural and forestry during 2020, up from $7.3b. More than 30 per cent of the increase came from Canada.

Canada and the US funds were the latest in waves of foreign investment that swept through Australian agriculture every 30 years, CBRE Agribusiness managing director David Goodfellow.

Japanese investment in Australia's beef industry during the 1980s, he said, typified the technology, practices and market access that offshore money and connections could bring.

"They learned that not every cattle station in Australia produces high quality beef 12 months of the year," Mr Goodfellow said, "so they followed that up with a massive investment into our feedlot industry, into meat processing but, most importantly, into opening up the supply chain of our beef from Australia into the Japanese market."

Australia has some of the world's most stringent foreign investment rules, ranking fourth in the OECD.

While the FIRB approvals process worked well, PricewaterhouseCoopers partner Greg Quinn said it was too slow.

"If we continue to increase red tape for foreign investment, it's going to impact funding, impact the market and its liquidity," he said.

"Time kills deals and causes major uncertainly for staff and the community.

"It impacts just about everything from cropping to staff not knowing whether there's a new owner or if they're employed."

While foreign funds were needed, farmland prices were still driven by family farms, he cited the interest in the 22,500ha Corinella Group that LAWD is marketing.

"In the first week we had inquiries from 160 groups," Mr McKillop said.

"They're not corporates, they're all family operators wanting to expand, so the large-scale professional family farmer sets the market and the corporates follow in behind."

There was, however, a limit to the amount farmers could borrow, he said, particularly when interest rates rose again.

"Whilst the banks have been very good in lending money to expanding farmers, there's going to come a point where they just can't go any further," Mr McKillop said.