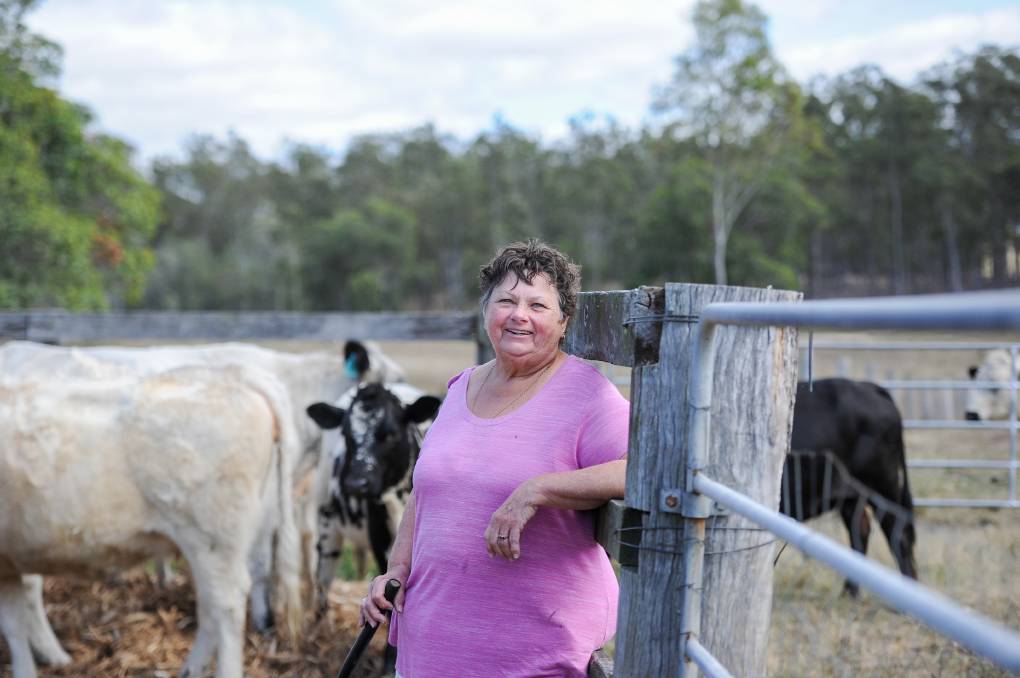 Heather Britten is committed to raising national numbers of British Whites by selling some of her stock to incoming breeders.

This rare breed could be on the rise if these breeders have anything to do with it.

The British White Cattle Association of Australia is on a mission to double both its membership and the number of registered cattle in the next five years.

With a current registered herd of 600 purebred females, the society has quite a challenge ahead of it, but society president Lindsay Murray believes it is achievable through the society's new marketing strategy.

"We really want to get it off the rare breed list and to become a recognised breed," he said. 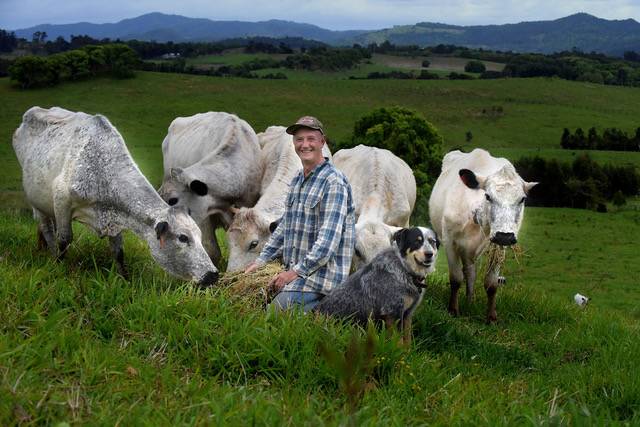 "We've had renewed interest from a number of enthusiastic members to make the breed more relevant and we developed a strategic plan a year ago.

"And then flowing on from that we've been working on a marketing plan, and I suppose that's just been trying to work out what the markets are and how we set ourselves up to attack those markets."

Mr Murray, who also owns Dingo Lane Farms, has been building up his herd of 60 breeding females for the past 12 years on his property outside of Myocum on the northern New South Wales coast.

With their distinguishable white coat and black markings, Mr Murray said the animal's appearance made them desirable to those looking to purchase a few head of cattle for the first time.

According to Mr Murray, the breed's natural polled trait was also a notable benefit that enticed breeders to them. With their distinguishable white coat and black markings, the breed is also renowned for their marbling traits.

"And then there's been a lot of interest in the breed by people who are involved in regenerative agriculture, and regenerative grazing and conservation type techniques," Mr Murray said.

Another of the society's emerging target markets is the specialised beef market, particularly those organisations focusing on grass-fed and 'paddock to plate' operations.

"We would also like to see a commercial market develop, particularly through crossbreeding," Mr Murray said.

One of the society's target markets is grass-fed and 'paddock to plate' operations.

"There has been some people crossbreeding them with Brahmans in northern Queensland, there's been some bulls going up there and that seems to be working well.

"The next group are those selling stud stock over to other British White breeders."

Mr Murray mentions several breeders who are committed to raising national numbers, by selling some of their stock to incoming breeders looking to establish new British White herds.

One such breeder is committee member Heather Britten, Emu Creek, who runs 24 head of British White cattle on her 73-hectare property at Gungaloon in Queensland's Fraser Coast region.

Heather began breeding British Whites in 2007 when she purchased a bull, a cow and four heifers from several breeders in Victoria and has since grown her herd whilst helping other producers establish herds of their own.

"I researched them a bit and found out that they are a rare breed and a very old breed, and they were affordable, which is unusual for a rare breed," Ms Britten said.

"You'd think that they'd be expensive but they're not.

"They're just getting a little bit known up here.

"I've just sold three to Rockhampton; I sold a cow with a heifer calf, an in-calf cow, and I just gave them a little bull."

Heather, an unassuming yet successful producer in her own right, believes that it is this kind of generosity that will improve the popularity of the breed. 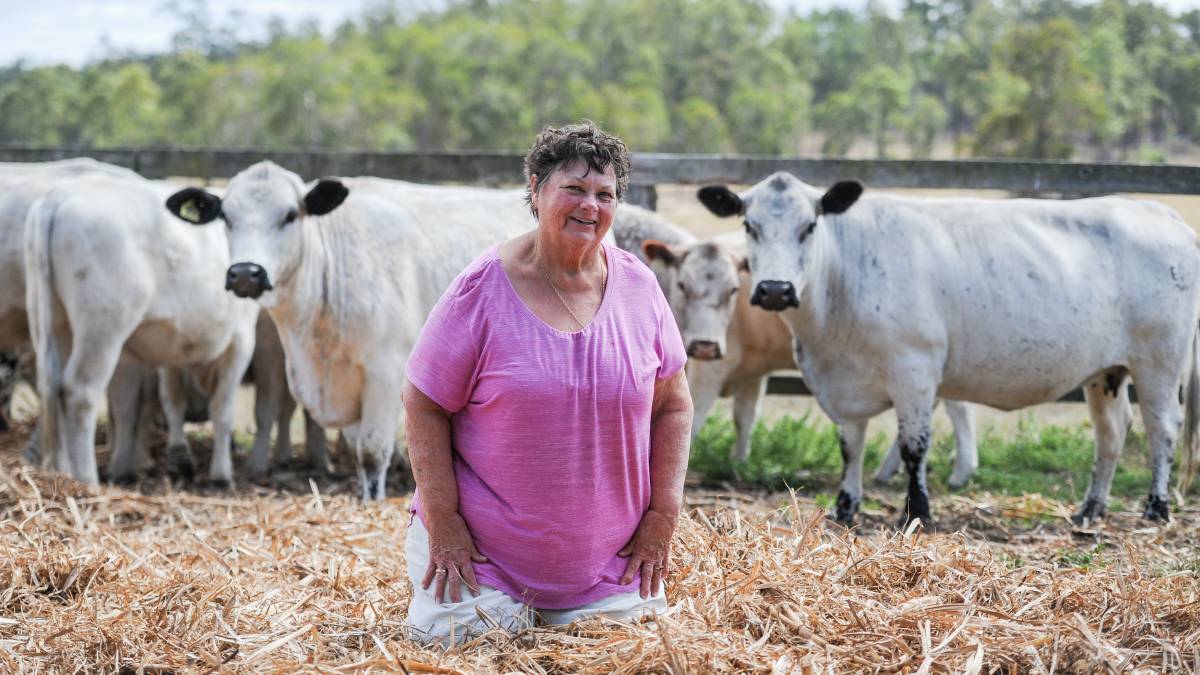 Heather Britten and some of her prized cows.

"You know, it's more advertising to get the breed out there and be better known," she said.

"I don't think it's too late for the breed.

"There's more interest coming into the breed, and I don't know if I can make a big difference, but I think anybody who's breeding them cares about them and is trying to do the right thing."

Ms Britten also believes that British Whites won't look out of place on the commercial market, particularly when crossbreeding can be further explored. "They do marble, they have fantastic meat, and they fatten very well," Ms Britten said.

"Trying to get out there and just crossbreeding with them and finding out how good the meat is."

Ms Britten says that the society is always looking for new members, and anyone looking to purchase British White cattle or seeking more information on the breed can contact the society or view their website.