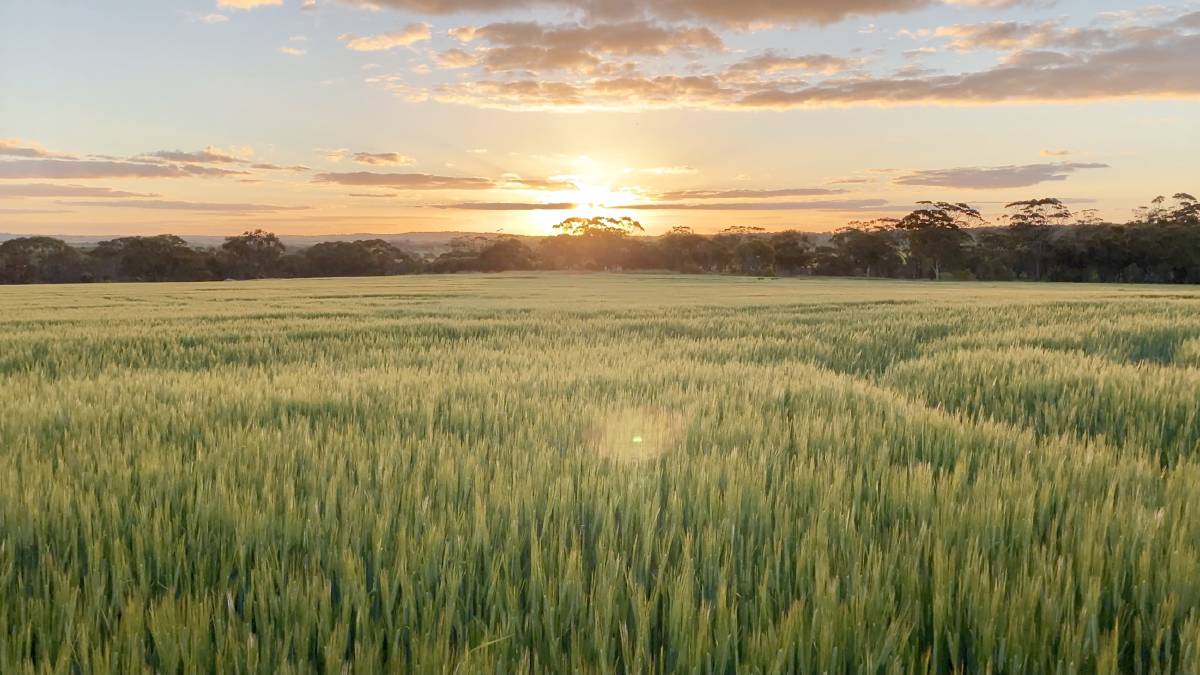 Spartacus CL is likely to still be the most popular malt barley variety grown in WA next year, with segregations set to be widely available at every port zone for the 2022/23 harvest. Photo by Ashley Bario, Beverley.

MALT barley segregations for Maximus CL are set to be available in some form in every Western Australian port zone, except Geraldton, for the 2022/23 harvest.

Other notable changes for 2022/23 include Bass and Flinders being removed from the offerings in the vast majority of areas, with the former set to only be offered as a limited segregation in Kwinana North and South and the latter only in Albany South and Esperance.

La Trobe will move from a limited to a niche segregation across all areas, except for Geraldton where it will not be offered at all.

"Bass and Flinders are both, however, considered as significant varieties for malting and brewing end-use in South East Asia and Japan as they can be malted without the use of additives and are well-known by the market," Mr Mickel said.

"However, should market demand not result in an attractive malt premium over the subsequent two harvests, the decline in production of Bass and Flinders will increase in pace.

"La Trobe has been the preferred variety for the manufacture of shochu in Japan for the past five years, however as previously indicated in the 2021/22 recommendations, La Trobe will no longer be a segregated variety after the 2022/23 harvest."

There is a continued demand for RGT Planet from global malting and brewing customers who accredited the variety from European-sourced production.

On the other hand, Spartacus CL, while popular with the Australian brewing industry, does not have the same level of international market recognition, but it is now an approved variety for shochu manufacture following the lifting of Japan's maximum residue limit for imazapyr from 0.01 to 0.7 parts per million in early 2021.

International sales of Spartacus CL for malting and brewing include regional Asian beer brands and brewing opportunities in central and southern America (Mexico, Ecuador, and Peru).

Ms Mickel said three new varieties - Leabrook, LG Alestar and Maximus CL - were accredited in March 2021 by Barley Australia as being suitable for malting and brewing.

"Of these three varieties, only Maximus CL will be segregated in WA for the 2022/23 harvest as the area sown to Maximus CL will start increasing in 2022 at the expense of Spartacus CL," he said.

"During this transition, market development will be critical to securing Maximus CL as a preferred variety.

"Segregation opportunities for Bass, Flinders, La Trobe, Maximus CL, RGT Planet, and Spartacus CL vary by port zone across WA and within a port zone for the Kwinana and Albany Ports." 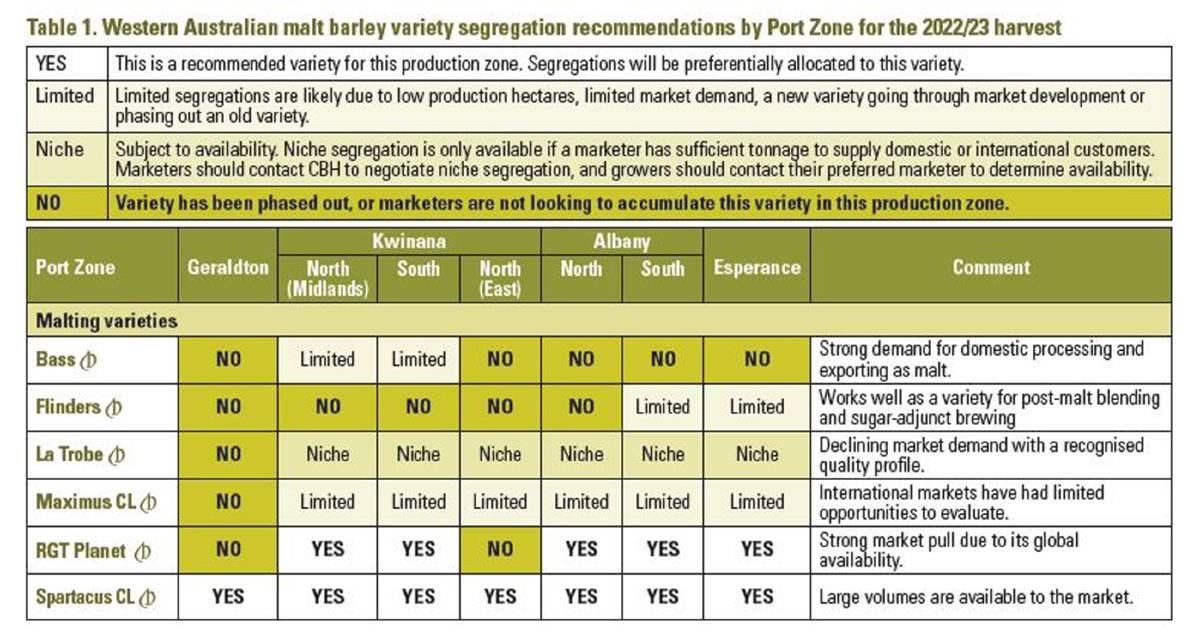 However, trade flows for barley have changed since tariffs imposed by China on the imports of Australian barley came into effect in May 2020 and Australian malt barley sales are down, leading to an over-supply of malt barley available to exporters, both in WA and nationally.

"While new brewing customers enjoy the value and quality of Australian malt barley, the volumes of barley for malting and brewing sold to new customers have not replaced the previous Chinese demand," Mr Mickel said.

"Feed barley sales, on the other hand, are up and the substitution of export sales for malting to sales for stock feed has dampened premiums offered for malt barley favouring a grower focus on yield and not quality.

"However, the supply of high-quality malt barley is still required to meet the demand from remaining and new export customers of our malt barley and the strong domestic market demand for malt barley."

The Boortmalt and Barrett Burston malt houses in Perth are the largest customers of WA malt barley grain, together they procure 360,000 tonnes of malt barley grain annually from growers in the Kwinana and parts of the Albany Port Zones.

With new malt varieties released and adopted by growers faster than the phasing out of old malt varieties, the rapid turnover of varieties is a common concern for end users who desire long-term supply and familiarity to optimise their end-use.

New varieties also create in-efficiency for bulk handlers, with each further malt segregation adding to the cost of storage and handling.

"The GIWA barley variety rationalisation plan attempts to balance the benefits to growers from access to new malt varieties with the demand from customers for access to large parcels of the same malt variety over at least five years," Mr Mickel said.

"The WA barley industry supports the long-term aim of segregating up to two major malt varieties per port zone, with limited segregations on offer for minor, new or niche malt varieties.

While GIWA facilitates publishing industry recommendations on what malt variety to grow, it has no control over the actual segregations provided by CBH as some sites can only offer a single malt barley segregation, whereas others may offer two or more.

Growers can support segregation planning through submission of their area planted information and attending pre-harvest meetings.