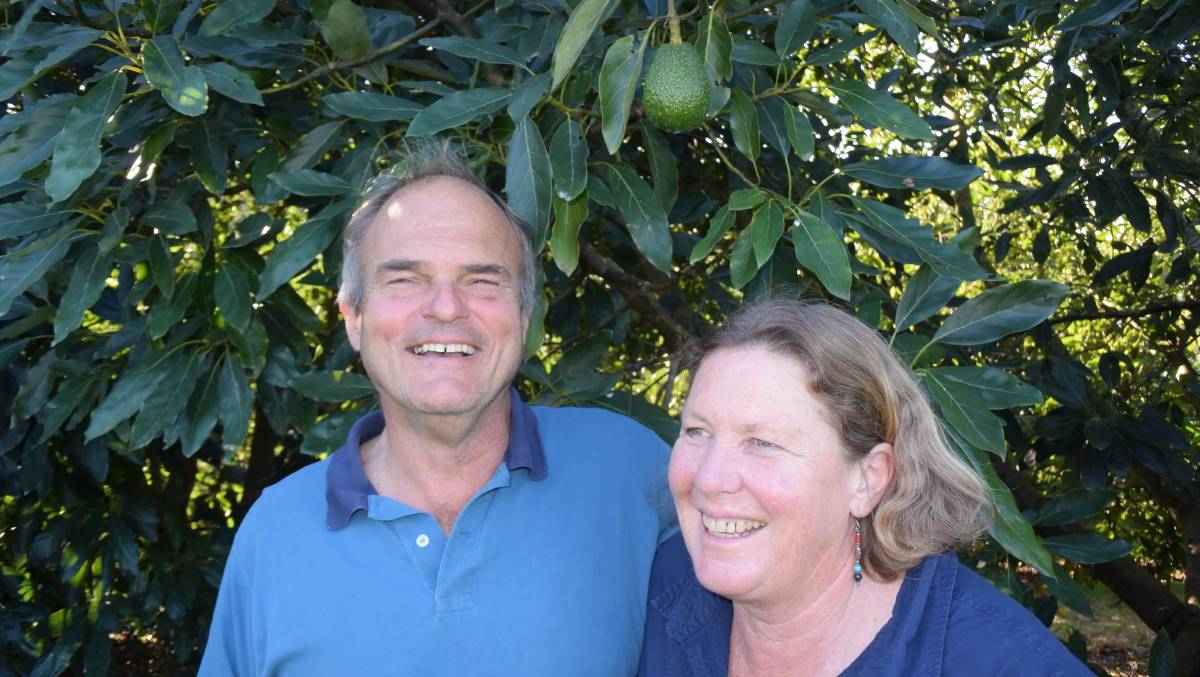 Comboyne avocado growers Ernst and Penny Tideman fear a protracted downturn for anything other than premium grade fruit.

After years of investment in the avocado industry, over-supply and competition from abroad have conspired to drive the price down, down. Meanwhile, new trees yet to produce outnumber those bearing fruit.

As a result, NSW avocados currently being harvested are sold under the cost of production, at about $20 a tray - the same price growers were getting in 2004. With zero market for second-grade fruit, all that product is being buried at packing houses.

The price last year was four to five times what it is now, with COVID restricted restaurant trade responsible for some of that. Historically high prices in Australia have lured foreign imports and now the situation is worrying for growers who understand that half of all trees in the ground have yet to bear fruit. As a result poor prices - especially during glut seasons - are likely to persist, putting pressure on other varieties like Shepherd, grown around the Atherton, Qld area, where older trees are already being pulled out of the ground.

Some growers are calling on the major retail outfits to abandon their "down-down" approach to pricing and lift the floor of premium avocados and ensure some sort of sustainability in the industry.

Comboyne grower Gordon Burch said "slick" marketing and efficient production from Kiwi producers had conspired with the North Island's biggest crop ever - harvested much earlier than normal - to do real damage to NSW growers.

"Their fruit is actually a bit inferior to ours," Mr Burch said. "By the time they put it into cold storage and container it over here the flesh can have black strands through it - related to anthracnose. Their fruit is not prone to be the best and yet their marketing is very slick; they are very well organised and their modern packhouses operate all year 'round with kiwi fruit and blueberries, not just avocados," he said.

"There is too much volume. There are more trees yet to bear fruit than trees in production and that scares me a great deal."

On the volcanic Comboyne plateau, where deep ferosols high rainfall and north facing slopes combine to produce premium fruit, development of new orchards continues, with investors like Ian Tolson, a coastal grower and packer from Stuarts Point pointing to the need to produce Hass avocados with unmarked skins if a grower is to stay in this game.

Other new players include Costas Group, which leases its land while Macquarie Bank is also involved in corporate leaseback arrangements which could come under pressure if low prices are the new norm.

Family farmers can be more resilient, especially those who have stuck with their production for many years.

Ernst and Penny Tideman have been growing the fruit for 20 years on the Comboyne and have done well during those times when the plateau's later-harvest window gave them unfettered market access. That doesn't happen now with Western Australian fruit filling that slot along with New Zealand, which is committing more land and aquifer water to grow new trees in Northland.

"Last year it was good for us and the quality was high for the consumer but lock-down smashed the avocado industry," said Mrs Tideman. No one is eating out and it's not exactly a take-away food."

There are local pickers available who would otherwise be working the mines of Western Australia, so there are benefits to growers when it comes to border closures but at the end of the season these growers will be lucky to break even.

"There's no money in non-premium fruit," she said.

"We need to export more but container shortages make that impossible now as fruit arrives over-ripe. As growers we had hoped Europe would be interested but now with the French deal who knows."

The story Avocado producers lose as price plummets to below cost of production first appeared on The Land.