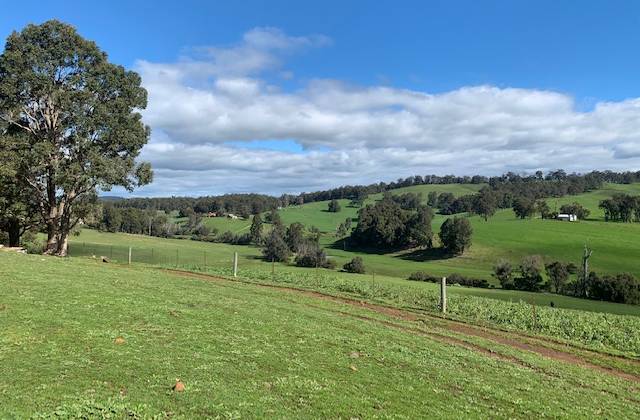 The Murat family property in Donnybrook has sold for a record price for the aea.

A ONE of a kind property that had been in the Murat brothers family at Donnybrook for more than 90 years has fetched a record price for the area.

Elders Donnybrook Real Estate agent Angela Murphy, who sold the property in just a few weeks of listing, said the result was exceptional for the area, with the farm selling well over their initial expectations.

Tucked away in picturesque Preston Valley, the new owners will enjoy two comfortable farmhouses, one being four bedrooms and the second three bedrooms and both offering commanding views of the surrounding farmland.

A very rare family holding, the previous owners were community-minded brothers Nic and Sam Murat, who lived on the property with their respective families. 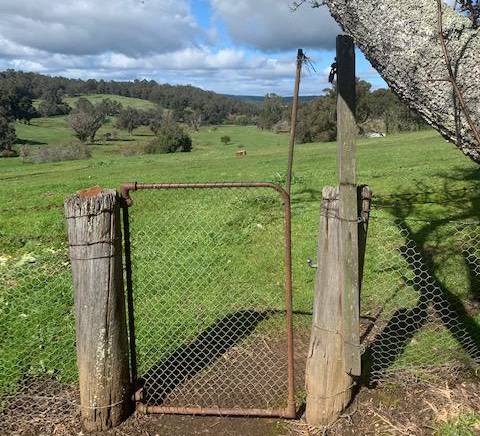 The property had been in the Murat family for 92 years and started off as a dairy farm before the sons took over and branched into growing vegetables, including pumpkin, cauliflower and cabbage and later adding fruit orchards, including watermelon, before eventually getting into cattle breeding.

The brothers ran their fruit and vegetable business, Murat Brothers, from the property, taking their produce to Perth three times a week up until Sam's death in 2014, when the business was renamed Murat Farms.

A close-knit family, the brothers shared one house on the property for a while before they bought an adjoining property that had another house on it, which Sam and his own family moved into.

"The next door neighbour gave us the first option, so we bought it in 1971 and that was an extra 330 acres which increased our landholding to 580 acres," Mr Murat said.

"Then we bought another neighbour's property in about 2004 which increased our acreage to about 730 acres, just to make the property a bit more viable."

After Sam died, Nic and his wife Honey decided to sell their cattle and instead lease the property to other livestock owners to help ease their workload.

"I'm 80 now though, so we are done and dusted with our businesses," Mr Murat said.

With their daughter Leanne, based in London and son Wayne in Perth, the couple said they were ready to downsize for their retirement and to enjoy the fruits of their labour.

"It's all going to come to an end one day, so we would like to enjoy ourselves a bit," Mr Murat said.

Sam's half ownership of the property was passed on to his three sons Robert, Gavin and Tim.

Ms Murphy said the property was a great privilege for Elders to market and had gained the attention of a lot of qualified buyers, with seven strong inspections.

"I've been doing this for a long while and you do get very rare, beautiful properties - but this one just oozes absolute charm," Ms Murphy said.

"On big lifestyle blocks like this one, I'm noticing a very interesting trend where buyers are looking for big properties with multiple titles adjoining that they can possibly pass onto their children as a form of inheritance.

"It's a trend of buyers thinking ahead when they are buying properties and this property had three titles, so it made it perfect for that."

Ms Murphy said the agricultural market was buoyant, with lots of buyers wanting to enjoy a more relaxed lifestyle in the country since COVID-19 hit Australian shores in March last year.

"We're noticing that a lot of buyers seem to be coming from other regions and we have a list of various qualified buyers looking for rural and agricultural land," Ms Murphy said.

"We live in one of the most beautiful places down in the South West and Donnybrook and its surroundings are still being discovered by Western Australians, with our proximity to the beach, wineries and everything just ideal."