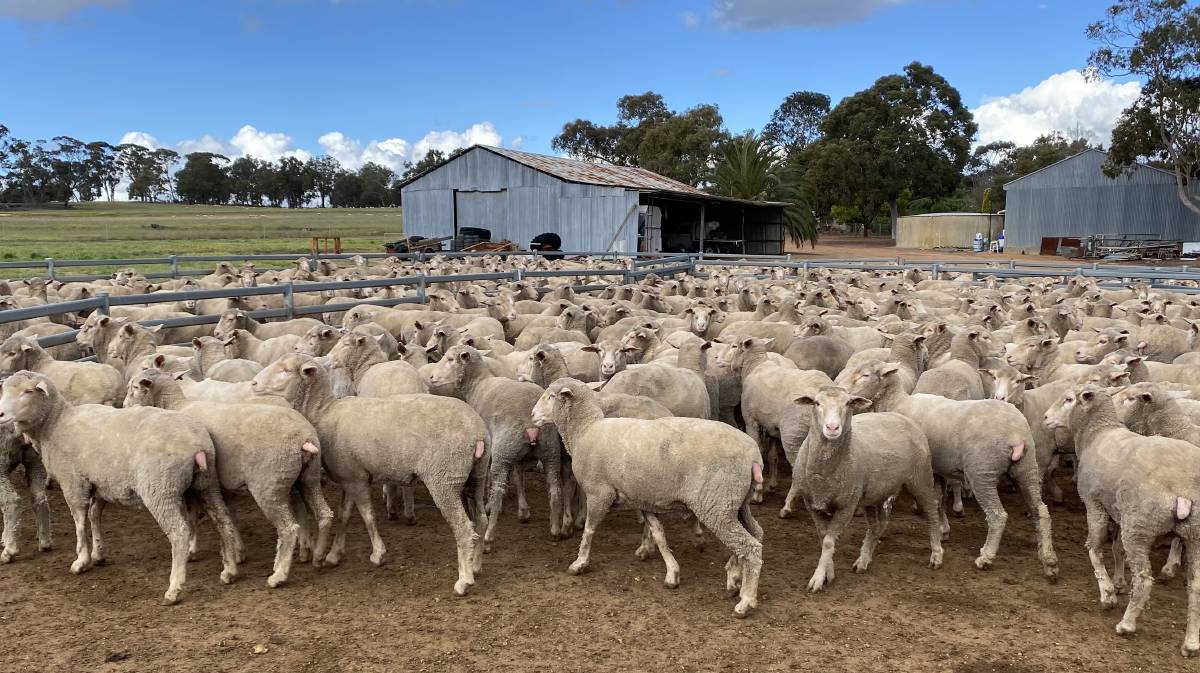 The Flavel family, TW Flavel & Co, will disperse their ewe flock based on Nepowie bloodlines in the Wickepin leg of the sale. The dispersal will include this line of 830 1.5-year-old ewes.

A QUALITY line-up of breeding ewes will go under the hammer next week when Elders hosts its annual Corrigin-Wickepin Top of the Drop Special Ewe Sale.

In the circuit sale set down for tomorrow, Tuesday, October 12, Elders will offer 14,400 ewes.

The sale will commence at the Corrigin saleyards at 11am and will follow on to the Wickepin saleyards with this section of sale, starting not before 1pm.

All sheep in both yardings will be interfaced on AuctionsPlus, allowing people unable to attend the sale the chance to still operate on the offering.

Elders Narrogin agent Paul Keppel said a major feature of the yarding would be the dispersal of some genuine ewes and the flock dispersal for TW Flavel & Co, with these ewes based on Nepowie bloodlines.

"The wonderful season has certainly shown up in the condition of the sheep that are being prepared to be sold in the sale," Mr Keppel said.

"There are many repeat vendors offering again in the sale and once again these sheep will present in exceptional order." 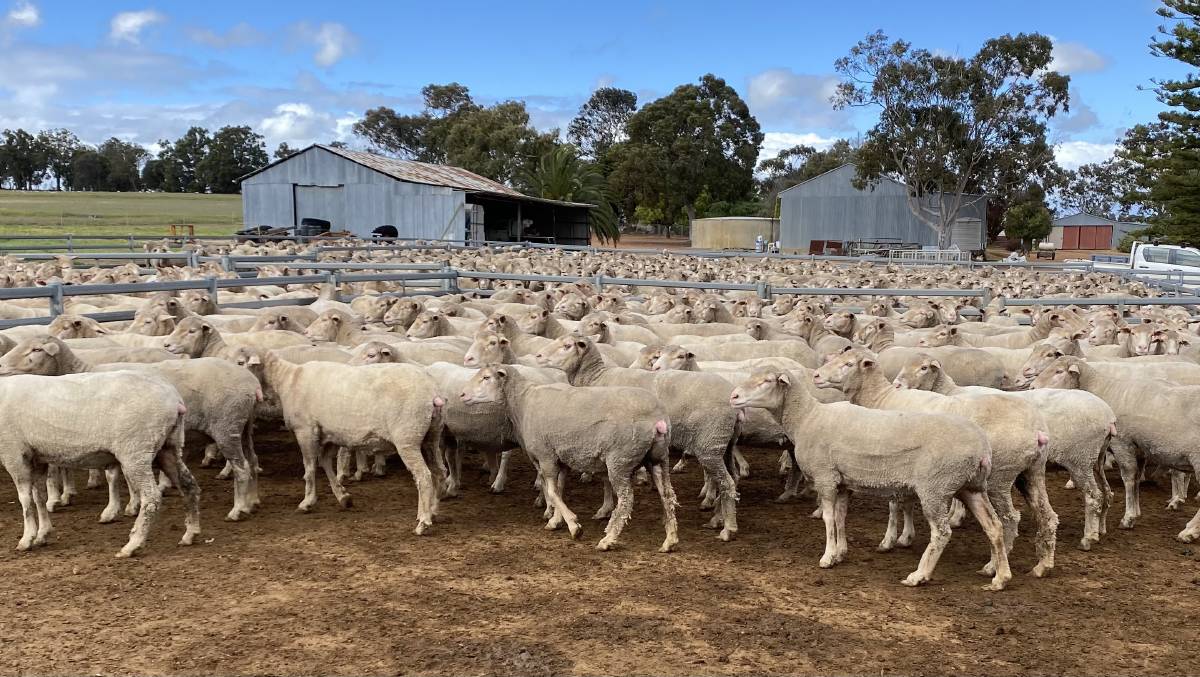 As part of their flock dispersal the Flavel family, TW Flavel & Co, will offer 392 3.5yo (orange tag) ewes.

In the Corrigin yarding there will be some outstanding lines of 1.5-year-old ewes and a solid offering of 4.5 and 5.5yo ewes.

Long time supporters of the Corrigin sale, Greg and Ben Doyle, Wylivire Farms, will again be among the vendors with 780 August shorn, 1.5yo ewes, which will be sold in two equal lines, consisting of 390 head in each.

Elders, Corrigin representative Steele Hathway said this would be the Doyle's biggest offering in quite a few years.

"The ewes on offer from the Doyles have come up exceptionally well and averaged 61 kilogram at assessment," Mr Hathway said.

"Flock classer Russell McKay has been infusing Woodyarrup blood over the past few years and this has really stretched the ewes out and brought with it stylish white wools."

The Young family, WG Young & Co, Kondinin, will be back this year at Corrigin, with two lines.

The Young's first line will be its annual draft of 180 1.5yo ewes which Mr Hathway said had really improved with the seasonal conditions after shearing in August. 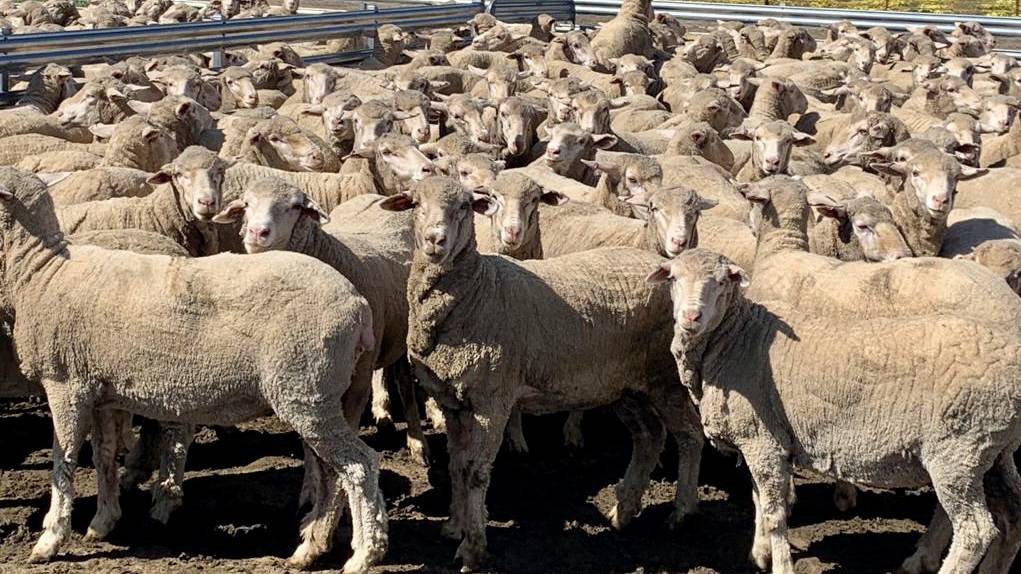 A new vendor in the Corrigin leg of the sale will be the Laycock family, Quairading Service Contractors, with an offering of 380 Claypans blood, 1.5yo ewes.

"These ewes are bred from Narbethong and Eastville bloodlines, which are both large frame Wheatbelt style studs that cut a power of wool," he said.

The other line will be their complete drop of 5.5yo ewes.

The line of 354 ewes tipped the scales at a whopping 83.8kg at assessment.

Mr Hathway said these ewes were based on Rutherglen and San-Mateo bloodlines and were in excellent condition prior to shearing in late August/early September.

"Since shearing they have really powered ahead on some very good clover pastures and are an absolute credit to the vendors," he said. Long-time supporters of the Corrigin sale, Greg and Ben Doyle, Wylivire Farms, will again be among the vendors with an offering of 780 August shorn, 1.5yo ewes.

Newcomers to the sale, the George family, JE George & Co and repeat vendor the Fullwood family, JamTree Pastoral, will both offer their annual drafts of 1.5yo ewes at Corrigin.

Another new vendor will be the Laycock family, Quairading Service Contractors, with 380 Claypans blood, 1.5yo ewes.

"Steven mentioned to the Laycocks that they would be an outstanding line to offer in a breeder sale and had huge potential to be a feature line," Mr Hathway said.

"The 70kg large frame ewes have blossomed in the last few months leading up to the sale and will certainly be a feature."

Along with these lines there will also be a number of other quality drafts of ewes in the Corrigin yards including a line from repeat vendors Szczecinski family, MA & BJ Szczecinski, Corrigin, with 240 Manunda blood 1.5yo ewes. 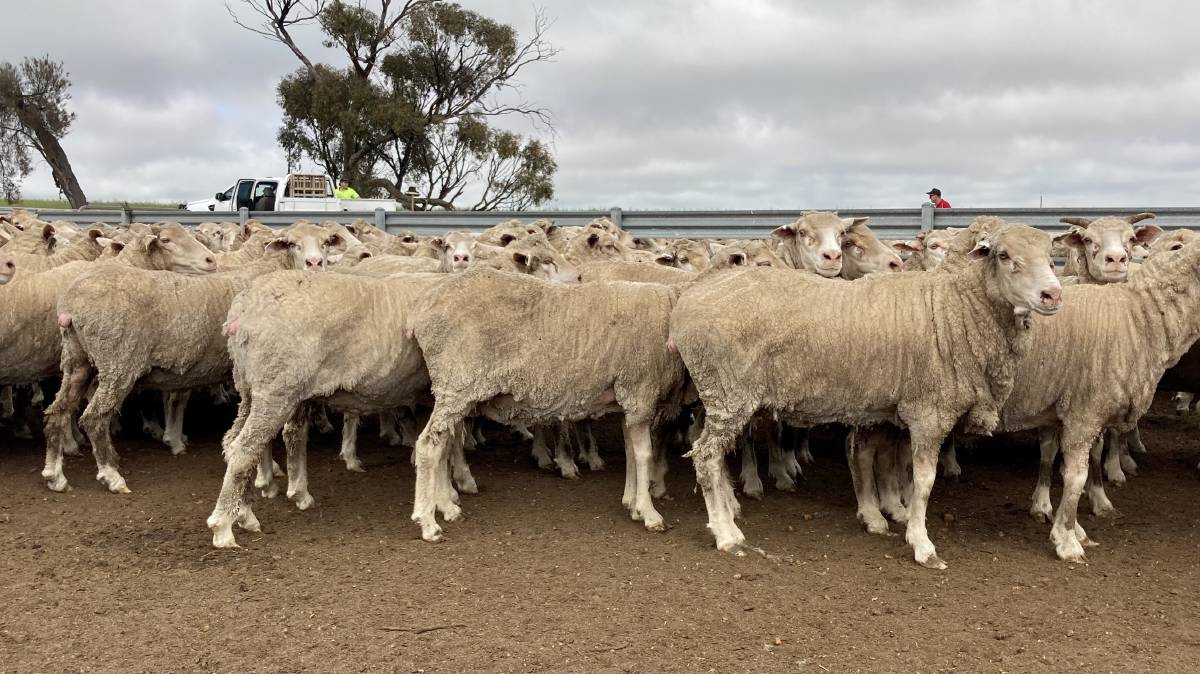 An example of the 4.5yo ewes which will be offered by the Guinness family, RJ & CM Guinness, in the Corrigin saleyards.

When the sale moves down the track to Wickepin there will be about 8800 ewes on offer with 1.5yo ewes dominating the yarding.

The TW Flavel & Co dispersal will be a major feature of the Wickepin sale when they present 2150 ewes, ranging from 1.5yo through to 5.5yo.

Mr Keppel said the Flavel family's flock was based on Nepowie bloodlines and was a very productive flock.

"It achieves lambing rates consistently in the 110 to 120 per cent range and these ewes do a fantastic job raising their lambs," Mr Keppel said.

"These ewes will be an outstanding opportunity for someone to purchase very well-bred ewes and are a credit to the vendor. 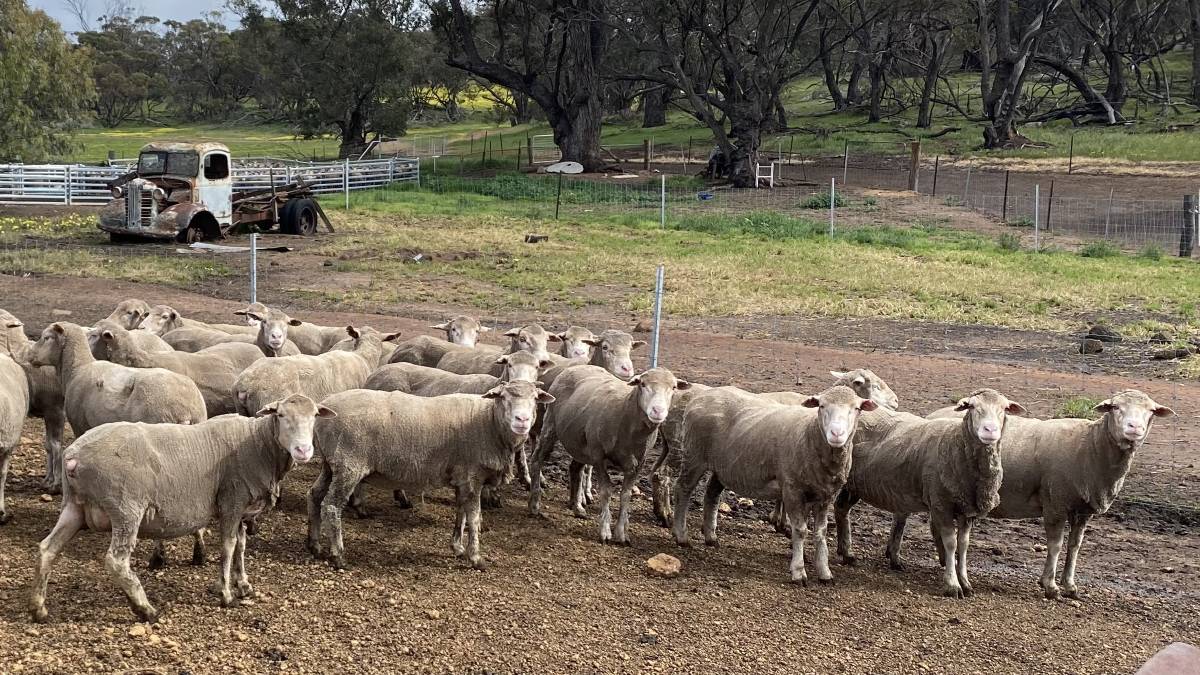 "They exhibit all the attributes that the Nepowie sheep are known for - do-ability, early growth, long-stapled white wool and fertility."

There will be a number of repeat vendors in the run of 1.5yo ewes including LJ & O Dawes, Rutherglen stud, Yealering, which will present 330 August shorn ewes based on their own breeding, while AG & AM Carmody will offer 330 August shorn, Collinsville blood ewes

About half the yarding at Wickepin will be proven breeder ewes from 2.5yo through to 5.5yo.

In these pens RW & JM Ditchburn, Kukerin, will be back again with a line of 200 large frame 5.5yo based on their own Golden Hill bloodlines

These ewes will present well, being March shorn.

Also offering older ewes will be ML & HI Gooding which has nominated 450 East Mundalla blood, August shorn, 4.5 yo ewes, while Stockwell Farming will offer 260 Eastville blood, September 4.5yo ewes, which have been backlined with Avenge.

These ewes have previously been sold under the Morlup Nominees name, but with a change in trading the ewes will have a pink tag, but they are genuine vendor bred plain-bodied, fertile, large frame ewes.