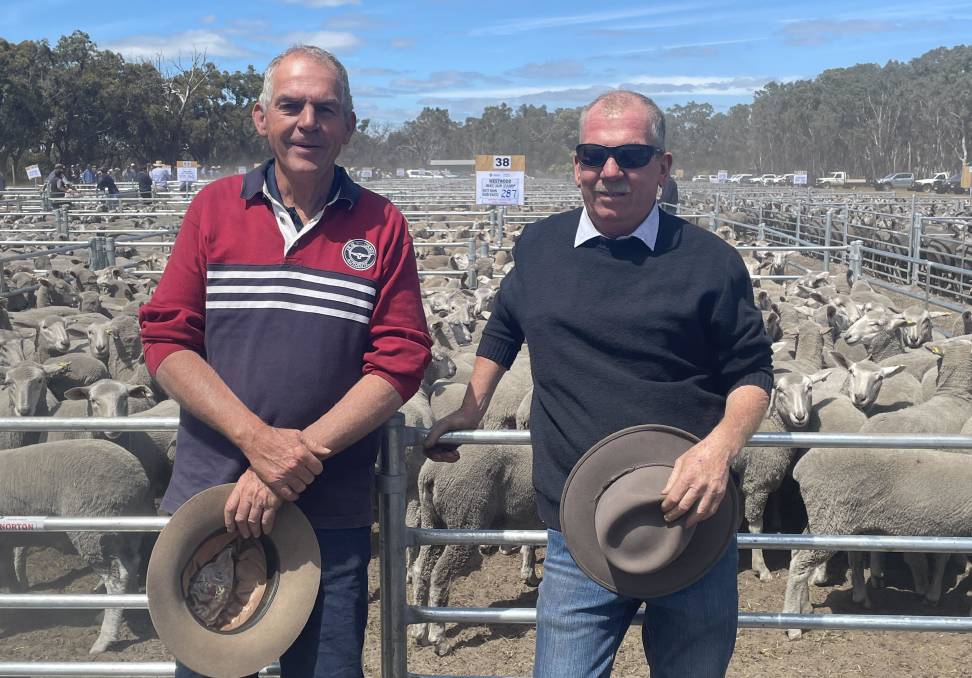 Significant rainfalls that soaked eastern Australia over the past week has forced the hand of producers to hold back stock resulting in a considerable contraction in both saleyard and online offerings.

And according to industry experts any major rain event will have a significant reaction on the market.

"The logistical issues of moving stock, combined with the immediate concerns around flooding has understandably put selling lambs on the back-burner," Ms Fessey said.

"The rain was widespread and heavy - ranging to over 150mm in key lamb producing regions.

"Additionally, the cool weather that accompanied the rain will continue to frustrate producers who have been awaiting a warmer and sunnier run to add some 'kick' to new season lambs."

Mecardo analyst Olivia Agar said any major rain event is likely to slow down supply and curb weight gain at a time when normally lambs are gaining at their fastest.

"More stubble feed will mean lambs can be held longer, but there's no guarantee yet and we will be watching for some hot days once the rain clears to drive feed growth," Ms Agar said.

On the upside, Ms Agar said if producers weren't already confident about pasture availability, they should be now.

The milder than average season and continual falls of rain predicted will support producer's attitudes to add weight and continue to hold lambs for longer.

At present, the National Heavy Lamb Indicator is operating at a 91 cents, or 11 per cent, premium to the same time in 2020.

"For producers, large bodies of feed have ensured they've been able to hold onto lambs, adding weight to produce a better margin at the point of sale," MLA's market information manager Mr Bignell said.

"The significant weather system that moved across the eastern states last week will provide producers with an incentive to retain their lambs as long as the mild temperatures continue."

He said in previous years, the peak of the spring flush has occurred in the first week of December. But this year that may be delayed to the current weather patterns.

"There will be a point where the weight of lambs cannot be driven any higher and supply will be provided to the market," Mr Bignell said.

"Although with current production and market fundamentals supporting the producer, these should ensure saleyard supply continues to remain tight in seasonal terms."