Tom Wilson, Petworth Farms, Dalwallinu and Latham, was 75 hectares into harvesting his canola when the front hit, wiping out the remaining 300ha on the Latham block. 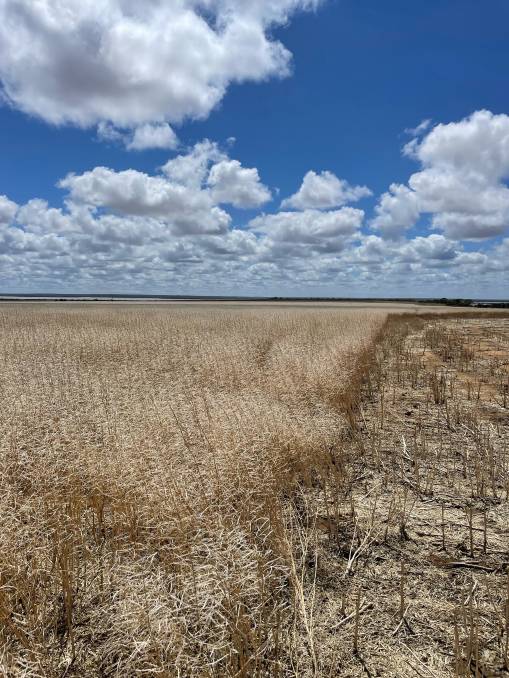 AN unexpected storm front that swept through the grainbelt early last week has resulted in more crop casualties.

Tom Wilson, Petworth Farms, Dalwallinu and Latham, was 75 hectares into harvesting his canola when the front hit, wiping out the remaining 300ha on the Latham block.

In the deluge, it was the hail that did the most damage, which surprisingly missed his neighbours to the north and the south.

Mr Wilson managed to scrounge about 40 ha from the damaged crop but said the rest "got smoked".

While hail inflicted most damage, the rain wasn't light.

"We ended up with 82 millimetres at the house and 108mm out the back," Mr Wilson said.

The rest of his property near Dalwallinu was luckily spared, only receiving 30mm of rain and no hail.

Mr Wilson said the latest rainfall event took his properties' averages to 500mm, the most he has experienced in 20 years, but said that figure did not take into account the hail.

"I was a bit worried seeing all the hail around, down south, in South Australia and the Eastern States," Mr Wilson said.

"When I saw the rain coming I thought, I really hope there's no hail in that, but I wasn't holding my breath.

"I was almost semi-prepared because I thought, it's happening everywhere else it's probably going to happen to us too."

Mr Wilson is expecting some wheat damage, but is not sure how much and despite this he is expecting good yields.

"I think we will still be alright over all," he said.

"Hail is insurable which is good, so that will get us a fair way through it and the wheat probably has been more affected from frost earlier in the year.

"We are finding it has been a big factor in yield, we didn't know we had as much as we did up here, it's just like a silent killer."

With a wet year throughout, Mr Wilson is hoping to make it through harvest without any more freak weather events. 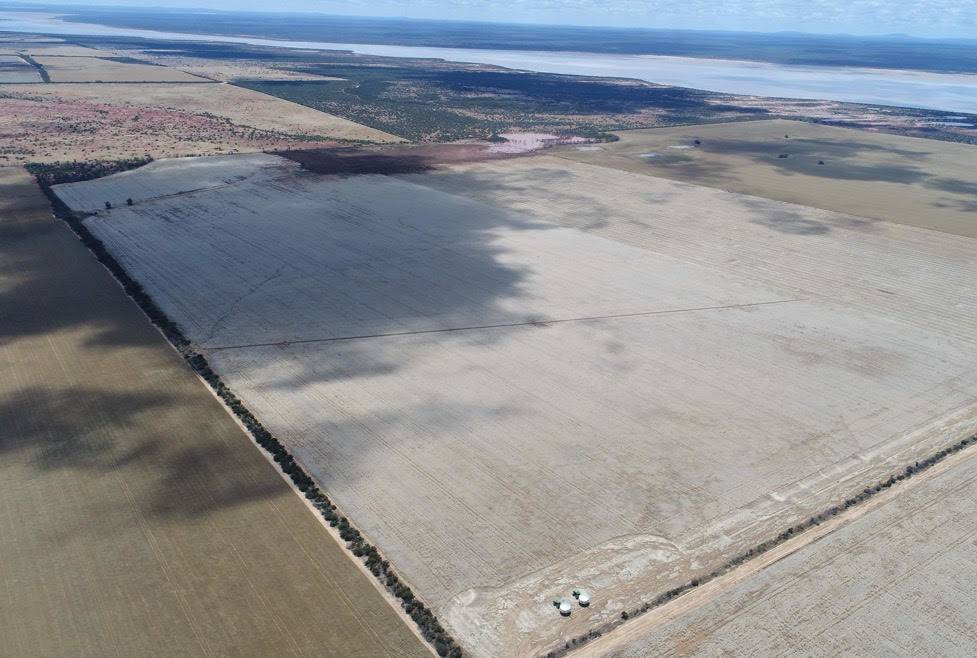 From the skies there is a dissappointing view as Mr Wilson lost 300 hectares of canola to hail.

The forecast is promising with the Bureau of Meteorology (BoM) tipping a return to average rainfall for the rest of the year.

"There is no strong signal that we will have wetter than normal conditions between now and the end of the year, so it should be average type conditions which are relatively dry for this time of year,'' said BoM Western Australia manager James Ashley.

"November will end up with well above average rainfall, but that's because it's already happened, for late November and December there are no strong signals for wetter conditions than normal.

"Those sorts of signals can be amplified, so the fact that there aren't any gives us some confidence that it's unlikely we'll get significantly wetter than normal conditions."

A main climate driver this summer is the El Nio-Southern Oscillation with the current outlook being a La Nia alert.

"That means there is a greater than 70 per cent chance that we'll go into a La Nina event, which creates average to above average rainfall in the top half of the State and in the Eastern States, which is what we had last season (Summer 2020)," Mr Ashley said.

"A La Nina event will also mean an early start to the tropical cyclone season and more tropical systems than normal."

However if we move into a La Nina event, that won't necessarily mean rainfall for all of WA.

"Rainfall across summer will all depend on where tropical systems go," he said.

"These tropical systems are the main things that give us the flooding and the heavy rainfalls.

"The only real way we would get really heavy rainfall in the southern half is if any tropical systems come southwards.

"There were a couple of events last season which generated a fair bit of rainfall throughout the south west of the State and we ended up with above average summer rainfall because of those one or two systems."