The biggest demand for Australian canola is coming from Europe, mainly for biodiesel production, which is keeping prices up, while the drought in Canada is also causing demand to increase from other more non-traditional markets. 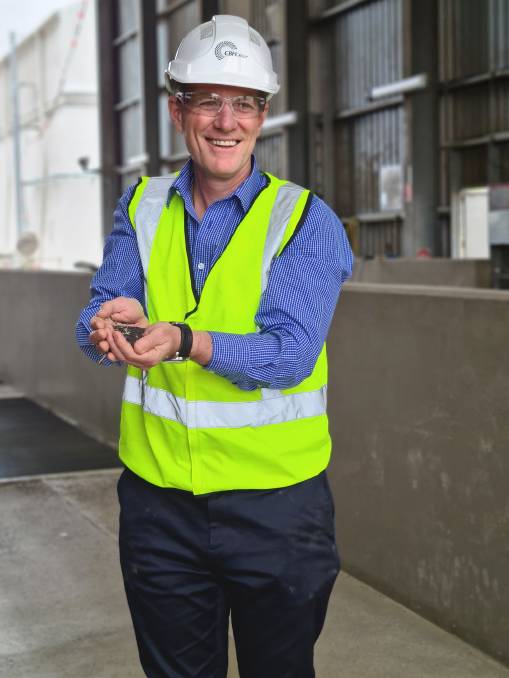 CBH Group chief marketing and trading officer Jason Craig with a handful of canola at the CBH grain terminal at Kwinana.

WITH sky high prices, above average yields and high oil content, Western Australia is looking at its best-ever year for canola.

The biggest demand for Australian canola is coming from Europe, mainly for biodiesel production, which is keeping prices up, while the drought in Canada is also causing demand to increase from other more non-traditional markets.

CBH Group chief marketing and trading officer Jason Craig said with the good crop in Australia, particularly in WA, we were the origin of choice.

"Canada is the biggest exporter of canola in the world and with the lack of supply on the market, it's forcing prices up and has seen an increase in interest from other markets including the Middle East and Japan," Mr Craig said.

"Demand for biodiesel in Europe has returned quite significantly as they come out of COVID-19 and they don't have a lot of old season crop left, which means Australia is one of the only places to get canola from."

At the beginning of the season, for this year's crop, growers were looking at $640 per tonne.

However that quickly started climbing and eventually peaked at about $1060/t, which is the best price ever seen for canola in WA.

Mr Craig said while prices were back off that mark at the moment for a few reasons, they're still sitting at about $940/t from CAN1 in the Kwinana zone.

"The early demand over the November, December, January and February period has now been filled, so it's about what happens in quarter two and three of next year," he said.

"What happens with Europe is that as we get closer to June and July, they start to focus on their own domestic crop.

"Due to that, we tend to see the prices come off depending on what that crop looks like, so we will start to see a little slowing of interest as we get to that time period."

Yields are also higher than most people expected.

Growers are normally happy at about the 1.5 tonnes per hectare mark, depending on the area, however this year significantly higher yields, even up to the 3.5-4t/ha mark, have been reported.

While it is a waiting game to see how that averages out to the end of the season, estimates are that it will be above 2t/ha across WA.

With growers fetching extra dollars from the increased yields, the high oil content is proving an added bonus.

"Forty two per cent oil is the base that we use and for every 1pc increase in oil above that, growers get a 1.5pc bonus on the contracted price," Mr Craig said.