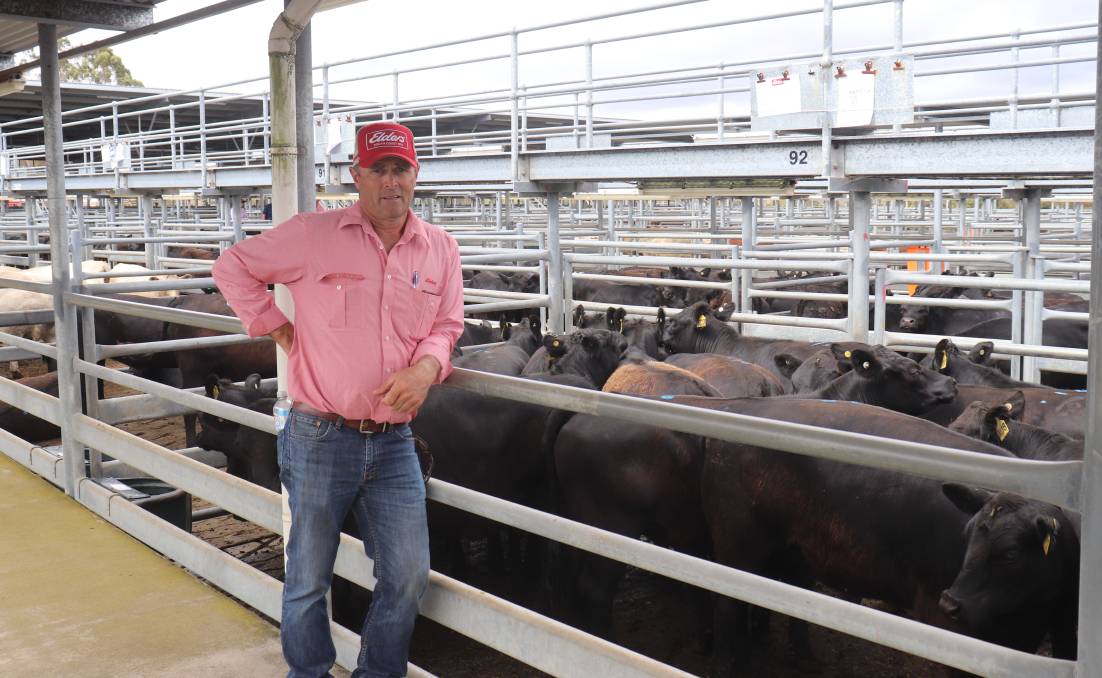 TAKING out top honours overall in both the weaner steer and heifer categories at the fifth annual Elders Great Southern All Breeds Show & Sale at the Mount Barker Regional Saleyards was GT & JF Couper, Mt Barker.

Mr Murray said the overall quality of the cattle was better than last year's yarding.

"There were a few calves drier in their coats, due to the wet season but other than that they were all good weights and nice looking cattle," Mr Murray said.

The Coupers also won the overall champion pen of steers, which consisted of 12 Angus weaner steers weighing 398kg and sold for 600c/kg and $2390. Serena and Wayne Matthews, Kangarabbi, Narrikup, with their pen of heifers that won the award for best feedlot heifers. In the pen were 19 Angus weaner heifers weighing an average of 345kg which sold at 524c/kg and $1809.

Pardelup Prison Farm, Forest Hill, placed second for a pen of steers weighing less than 300kg with 21 Angus cross weaner steers weighing on average 299kg and sold at auction for 640c/kg at $1918.

Serena and Wayne Matthews, Kangarabbi, Narrikup, offered a pen of heifers that won the award for best feedlot heifers.

Hillcrest Farms, Walpole and Marbelup, took second place for a pen of heifers best suited to a feedlot and consisted of 14 Angus cross weaner heifers weighing 292kg, which sold for 562c/kg at $1642.

The winning pen of replacement heifers was from T & FV Ward, Manjimup, for a pen consisting of seven Simmental cross weaner heifers weighing an average of 359kg and sold for 462c/kg at $1659. Elders Dean Wallinger with the second placed pen of Charolais steers. The pen consisted of 10 Charolais weaner steers offered by Talawa Grazing Company averaging 410.5kg and sold at 556c/kg and $2282.

A pen of seven Charolais weaner heifers weighing 371kg from FA Giancola earned second place for a pen best suited to replacement heifers and sold for 472c/kg at $1750.

The winning pen of Charolais was made up of 10 Charolais weaner steers weighing an average of 356kg and sold for 590c/kg at $2100.