2021 has been a massive year for one of Australia's peak bodies for grain growers, electing a new chairman and appointing a new chief exec. 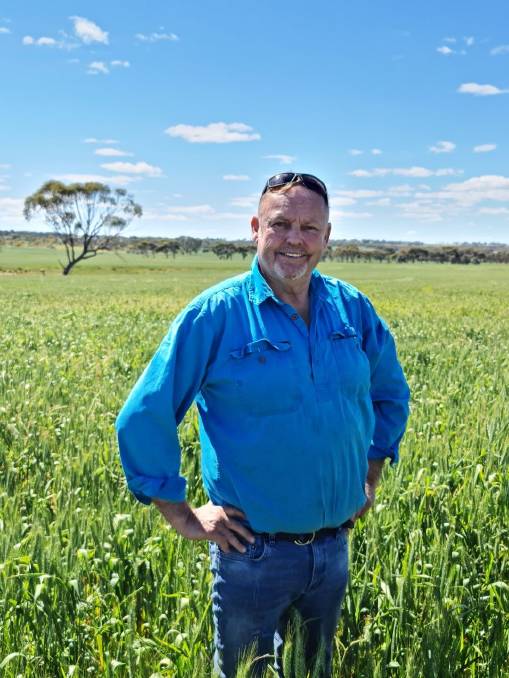 THIS year has been another huge one for Australian grain producers presenting multiple challenges to navigate, but all spurred by the ultimate goal of a bumper grains harvest with record returns.

But, with a record $22.3 billion national crop forecast ias part of a 58.4 million tonne harvest, also a record, the big picture outlook remains positively optimistic, as we near the finishing line.

This mixed dynamic was also reflected in Grain Producers Australia's 2021 agenda, where our core role of representing growers' interests to governments and industry was balanced against needing to respond and find ways of fixing different problems which surfaced throughout the year.

These legislative responsibilities include; biosecurity, through Plant Health Australia with roles protecting growers' interest under the Emergency Plant Pest Response Deedm (EPRD) (responding to incidences such as Khapra Beetle); strategic oversight of the Grains Research and Development Corporation's investment of grower and government funds into RD&E projects and activities; and managing market access and chemical use and application, through the National Residue Survey.

This is a critical part of GPA's work and focus, given grain producers contribute 1.02 per cent of our net crop sales towards compulsory levies each year which comprises; the GRDC (0.99pc); EPPRD (0.005pc); Plant Health Australia (0.01pc); and the National Residue Survey (0.015pc).

That's why, through GPA, we need to maintain a strong and united voice which ensures grain producers are clearly heard and understood on these issues, in order to influence effective change at the highest level.

One of the biggest issues faced in 2021 was harvest workforce shortages caused by the second year of Covid-19, with persistent State and Federal border closures causing ongoing uncertainty; especially anxiety with harvest preparations and planning.

GPA identified the core issues for grain producers early on and developed a national policy plan in response, to advocate our concerns and promote practical, workable solutions.

This plan also saw a national roundtable held for the grains industry involving key Federal Departments, to address core issues such as visa and quarantine arrangements. This process then led to an Industry Working Group being established, which will now look further into developing medium and long-term solutions, with growers' needs central to outcomes.

GPA is also contributing to the federal government's process to design the new agricultural visa, to ensure it delivers specific outcomes for the grains industry such as skilled workers to operate heavy machinery and seeding and harvest.

In September following our AGM, it was my honour and privilege to replace fellow founding GPA director, Andrew Weidemann, as GPA Chair.

Andrew's experience and expertise won't be lost to GPA, however, as he'll continue serving on the board as GPA's RD&E Spokesperson and at the forefront of managing Special Projects.

GPA southern director Steve Ball also announced resignation shortly after the AGM, with Mark Schilling recently appointed as his replacement, to be another strong voice for SA growers.

In May, former rural journalist and strategic communications and policy adviser Colin Bettles was appointed GPA's Inaugural Chief Executive. His experience, knowledge and contacts will help boost our engagement on national issues into Canberra, as well as communications and collaboration across industry.

As we look ahead to 2022 and reflect on the challenges of 2021, we do so with great optimism knowing the important changes made this year, as well as the lessons learned, in producing an even bigger crop, will help deliver better outcomes for GPA members and all growers.

The story 2021 a watershed year for GPA first appeared on Farm Online.