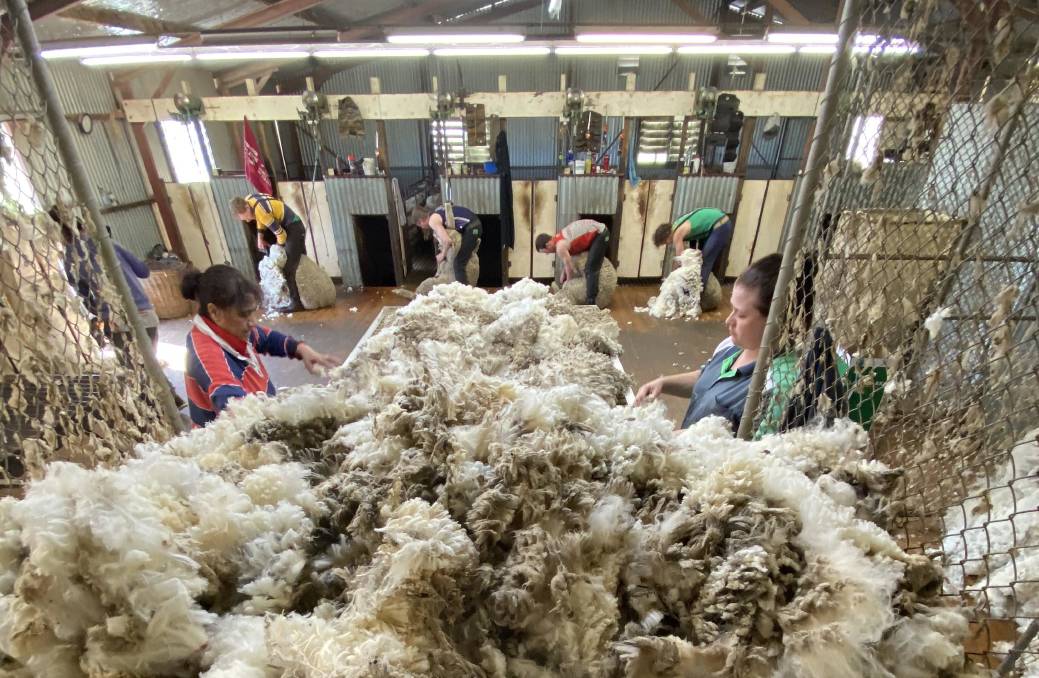 The Shearing Contractors Association of Australia has been sourcing rapid antigen tests to distribute among its members.

Rapid antigen tests are set to become the norm among shearing teams to prevent COVID-19 outbreaks.

Rapid Antigen Tests are set to become a key part of avoiding COVID-19 outbreaks in shearing sheds as Omicron variant cases surge across the country.

Shearing Contractors Association of Australia secretary Jason Letchford said the association expected to receive just under 4000 tests this week, which would then be distributed to members.

"We're focusing on getting everyone testing as often as possible, if the supply was there it would be daily," he said.

"This will allow members to progress on the basis that if we have a case it's limited to one or two people being tested in isolation before they join the team that day and they go home if they're positive and it allows the rest of the team to work on.

"Everyone is acutely aware that any loss of productivity now is really additionally devastating to not only contractors and workers, but also farmers and animal welfare issues."

"We've communicated with members and we've been inundated with requests... there's not many people out there who are not trying to access the rapid antigen tests," he said.

Mr Letchford said while last year they had focused on encouraging as many wool shed workers to get vaccinated as possible, the association had now moved past that point.

"We've abandoned any additional efforts to convince those who at this point are not going to get vaccinated... it's not based on lack of information any more, people have made the decision," he said.

"We've certainly lost workers out of the industry in Victoria and we acknowledge that there's still a black market going on there... we'll leave it up to authorities to deal with that."

Mr Letchford said it had been a stressful time for everyone in the wool sector, with shearing four to six weeks behind due to labour shortages.

There is now a big push to train new shearers and team members to help meet the demand.

"In South Australia and Victoria in the last calendar year we added more than 100 new workers who got trained and are now working in the industry," Mr Letchford said.

"Our next focus is to get NSW to do those type of numbers or even more."

The shearing industry's efforts to source tests comes as the Rural Doctors Association of Australia pushes for rural and regional areas to be given greater access to free or affordable RAT kits.

"We have contacted the federal department of Health to get answers for rural and remote communities on this issue," Dr Belot said.

"We are concerned that market demand will mean rural people will have reduced access to RAT kits and will need to pay much higher prices for them, similar to what rural GPs experienced early in the pandemic with PPE items."