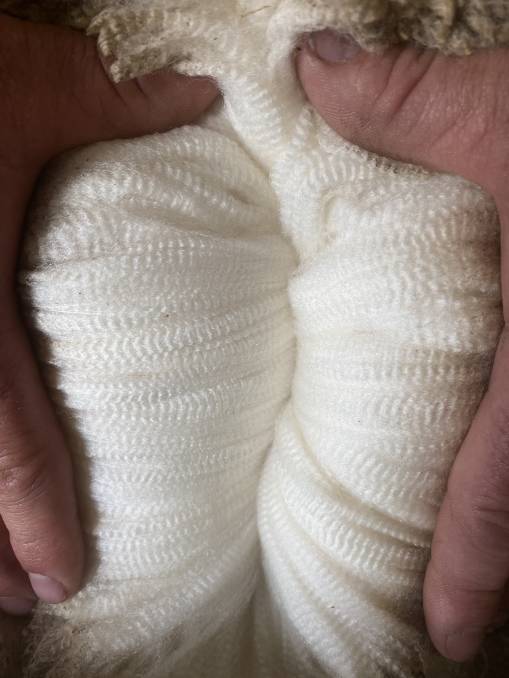 ON THE UP: 18.5 and 19.5 micron wools were the only two to record none or positive price changes across all three selling centres

Little change occurred in the Australian wool market this week with the AWEX Eastern Market Indicator (EMI) falling by the smallest of margins possible.

One cent came off last week's figure, with the EMI closing at 1318 cents per kilogram, clean.

In US dollar terms the EMI slid by US6c to finish at US1014c/kg.

But the minimal movement in the EMI masked the mixed results across micron categories, with 18.5 and 19.5 micron wools the only two to record none or positive price changes across all three selling centres.

Other than crossbreds, the biggest fall came from 16.5 micron wools in the north losing 17c.

But it was the west that won this week, with Fremantle recording positive movement in all categories between 0 and +28c.

According to Independent Commodity Services analyst Andrew Woods although there has been expectations from the buy side for prices to ease, the resilience of the greasy wool market continues to surprise.

"The Merino market continues to track a very similar path as prices for the main apparel fibres, as is normal," Mr Woods said.

"The out performance of knitwear types (short staple combing wool and cardings) continues with some very strong prices for medium/fine Merino categories.

"Discounts for cott and colour in these types shrank this week, as exporters sought to fill consignments."

According to the AWEX weekly market report only 22.6 per cent of the selection was style four or better.

Mr Woods said there is a continual concern overseas that Australian growers will flood the market with farm held stocks.

But he said the experience at present is that farmer held stock numbers are stable.

"Some wool is being sold and some fresh wool being added," Mr Woods said.

"Cashflows are such that forced sales of wool held is unlikely.

"Reports indicate that New Zealand farmers are selling their stockpile of carpet wools down in response to improved prices, but the calculus for these wools is quite different to Merino wool."

The crossbreds were the only sector this week to record falls across all regions, recording movements of between 0 and -38 cents.

In a similar pattern to the previous series, prices in the carding market increased across all three centres, again the only sector to do so.

Strong gains in stains, locks and crutchings helped to push the three Merino Carding (MC) indicators up by an average of 19c.

Next week's national offering increases with 53,357 bales on offer in Sydney, Fremantle and Melbourne.